On Saturday evening, 5,000 spectators danced in Barcelona at a concert without distance rules. The event was expressly permitted by the authorities. It was a test run for major events.

A concert in Barcelona over the weekend was used to test whether major events are possible without many new infections. 5000 enthusiastic spectators danced on Saturday evening without any distance rules at a concert by the Spanish indie pop band Love of Lesbians.

The event in the multi-purpose hall “Palau de Sant Jordi”, which is designed for up to 24,000 guests, was expressly permitted by the health authorities. “Welcome to one of the most moving concerts of our lives,” said Love of Lesbians singer Santi Balmes, welcoming the crowd.

“Even better than before Corona”

The evening was a complete success for the fans. “It was great, actually even better than before Corona, because everyone was so incredibly happy and exuberant, because they could finally be in a concert again. Many danced and sang along under the mask,” Rubén Casado told the German press. Agency. “Hopefully there will be more events like this soon,” added the 48-year-old.

Before and during the concert, strict protective measures were in place, which were monitored by a team of doctors. All spectators had to take a quick test on the day of the concert in one of three special test centers between 8 a.m. and 4 p.m. Only 6 of the 5000 tests were positive, wrote the newspaper “La Vanguardia”.

The first major concert in Barcelona since the outbreak of the corona pandemic: Before the rock concert, around 5,000 visitors were tested for the virus. (Source: Emilio Morenatti / dpa)

Only visitors between the ages of 18 and 65 who had saved their negative test results on their smartphones were admitted. In addition, the viewers had to consent to their data being compared with that of the health authorities.

Mask compulsory, even with negative test

When entering the Palau, body temperature was measured and FFP2 masks were distributed to be worn during the concert. The spectator area, which was divided into three zones, had its own entrances, bar areas and sanitary facilities. The spectators were not allowed to move from their zone to another. The organizers emphasized that particularly strong ventilation had been provided. “It was really surprising how well everything was organized,” said Rubén Casado.

The corona situation in Spain is currently relatively stable. For Catalonia, the Ministry of Health in Madrid gave the number of new infections per 100,000 inhabitants within seven days on Friday as a good 88. In Germany this value rose to 130 on Sunday, in Berlin to 140.

Sarafina Wollny is pregnant for the first time: “Can’t believe it”

The new Lord Mayor of Stuttgart is Frank Nopper (CDU) –...

Patchday: Android secured against remote code execution, among other things 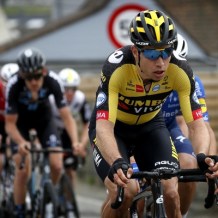