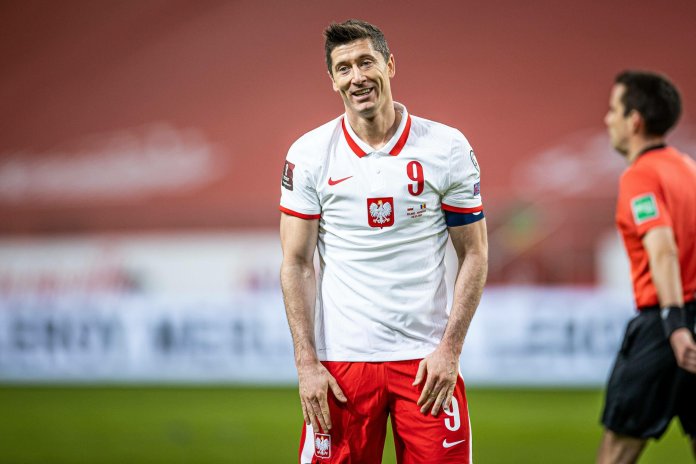 After his knee ligament injury, Robert Lewandowski is on the verge of the Bundesliga top game next Saturday against RB Leipzig. According to current media reports, Bayern still have hope that the 32-year-old striker will be part of the game.

Lewandowski injured his knee yesterday in the international match against Andorra and will have to pause for 5-10 days according to the Polish association. The striker left the national team prematurely to be treated in Munich. According to current media reports, it will be tight for the game against Leipzig, but it could still be enough.

How much risk are Bayern taking with Lewandowski?

Hope for that FC Bayern before the game at RB Leipzig: internally, the chance of Robert Lewandowski playing on Saturday is estimated at 50:50. The world footballer is combative and wants to try everything. Lewandowski

As “BILD” reporter Tobias Altschäffl reports, Bayern are counting on a 50:50 chance that Lewandowski can play against RB. The world footballer himself is combative and, according to Altschäffl, wants to “try everything” in order to be ready for the top game.

The only question is: how much risk do Munich want to take? Four days after the game against Saxony, Bayern will continue in the UEFA Champions League against PSG. If Lewandowski is deployed too early, there is a risk that his injury will worsen.

After six out in Australia: German tennis elite worries Becker

Aerials World Cup in Yaroslavl – Roth jumps 3rd on the...