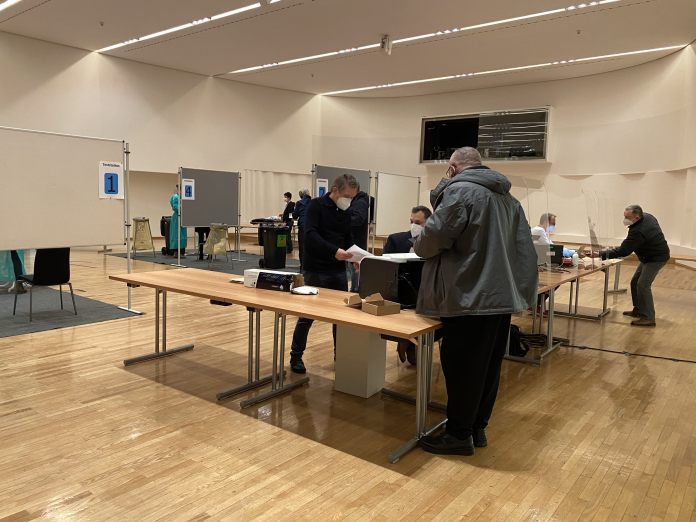 A very high number of tests is still being recorded in the Leiblachtal communities, reports State Security Councilor Christian Gantner.

The extensively expanded test infrastructure with stations in all five municipalities was used by 1,969 people on Sunday (March 28) until 5:00 p.m. Only one test was positive. It is now checked by default using a PCR test. A total of around 3,800 people have registered for a test acceptance by 10 p.m. today.

Since the start of the additional test infrastructure on Wednesday, more than 14,400 people have been tested in the Leiblachtal region. So far, the tests have produced positive results in twelve cases.

55 cases of the British mutation

The infection team is currently reporting a total of 115 confirmed corona infections in the Leiblachtal communities. Of those who tested positive, 32 are under 18 years of age. The “British” mutation of the coronavirus has been confirmed in 55 cases.

In the elementary school in Lochau there are currently twelve confirmed cases (1 teacher and 11 children, 10 of them the “British” variant), at the Kindergarten Dorf in Hörbranz 13 people tested positive (3 employees, 10 children, 6 of them the ” British “variant), at the childcare facility in the village there are 5 cases (2 employees, 3 children, 3 of which are the” British “variant). Both institutions are officially closed, as is the Leiblach kindergarten (4 children tested positive, 1 of them the “British” variant). One test was also positive at the Hörbranz elementary school and one at the Hörbranz middle school, and the “British” variant was found in both.

All information about the corona pandemic on VOL.AT

US election: Mike Pence can only be a Master of Ceremonies...