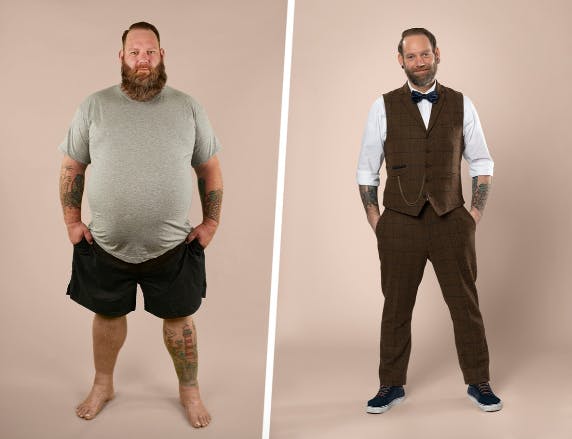 Candidate Ole started with 164 kilograms in the TV show “The Biggest Loser” – and was thus one of the heaviest participants. Ole cut his weight in half – and won the show.

For Ole from Saarland it was a long fight against the kilos, which the 41-year-old won thanks to his discipline. He has lost almost half of his body weight in 14 episodes: “I worked hard, achieved a lot and then won ‘The Biggest Loser’ – that’s an incredible feeling!” Said the 41-year-old yesterday, Monday evening, after his Victory and double after: “I gave everything, down to the last gram!”

And all of the training and the waiver really paid off for Ole, when he goes back to his old life as a geriatric nurse with a prize of 50,000 euros, or around 55,000 francs.

The candidates themselves are responsible for their success on the scales. They were supported by the former kickboxing world champion and TV presenter Dr. Christine Theiss.

The weight loss show has been running since 2009. 2021 was the twelfth season of “The Biggest Loser”.

Albon destroys his Red Bull: Vettel sings about a dog on...

Porsche gets through the corona crisis without scratches

Change of office in the USA: Capitol was temporarily cordoned off

New White House spokeswoman – She will be Joe Biden’s main...