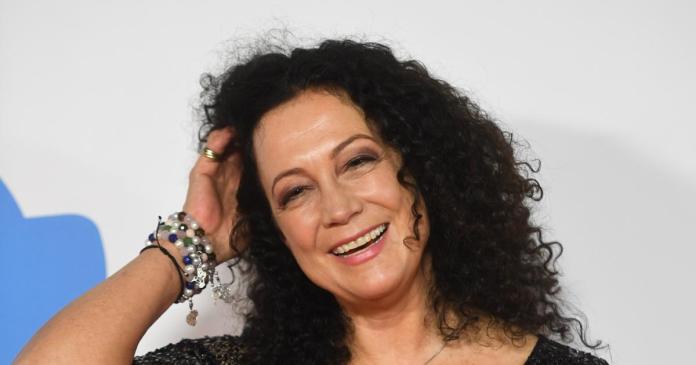 In her early 20s, the glossy world of television opened up for Barbara Wussow. As a student nurse Elke in the legendary series “The Black Forest Clinic”, the Austrian played herself alongside her father Klausjürgen Wussow from 1985 on into the hearts of an audience of millions. Since then, she has remained loyal to television and has embodied hotel director Hanna Liebhold on the “Traumschiff” since 2018. On Sunday (March 28th) the actress will turn 60 – and is in the middle of shooting.

“The party will be with the ‘Traumschiff’ team and the crew,” Wussow revealed to the dpa. In proper style with a dinner march, champagne, cake and sparklers like at the gala evening, the crowning glory of the “dream ship” trip? Who knows. In any case, it is certain that the actress feels comfortable on board. She can satisfy her wanderlust. And she appreciates the entire film team: “It’s a big family.”
There is only one downer: the Viennese misses the passengers, who otherwise always ride on the MS Amadea in addition to the film team and this time are not allowed to be there due to the corona restrictions. “Walking through empty corridors and not seeing anyone is not so fun,” Wussow recently regretted. She has a special relationship with her fans. She is even friends with some of the former passengers.
But fame also has its downsides, as the actress discovered in 1990 when she married Albert Fortell from Vienna on Lake Wörthersee. Because they had sold the exclusive rights for the day to a photo agency, the celebrity couple was shielded from prying eyes. To the annoyance of the onlookers, who could barely catch a glimpse of the newlyweds after the wedding and therefore received them with boos in front of the church.
But that was a long time ago – the two have been married for more than 30 years. They have a now grown-up son and their 15-year-old daughter Johanna, who was in front of the camera with her mother as a toddler for a Rosamunde Pilcher film. Wussow herself grew up with acting, too, and not just because of her father.
Her mother Ida Krottendorff was also an actress and taught her daughter her art. Wussow studied stage design and costume at the Academy of Fine Arts in Vienna. And she did an acting training and got engagements at the Josefstadt or at the comedy in the Bayerischer Hof in Munich.
Her family is a support for Wussow. She can even see positive aspects in the corona pandemic. “I have my children and my husband around me longer now,” she said. In addition, she was able to devote herself to another passion in the corona summer 2020: baking. For weeks she practiced for the Sat.1 show “Das große Promibacken”.
She regrets that she was the first to be kicked out, also because she was no longer able to demonstrate all of her recipes. “A Maldives cake with a beautifully modeled diver, with different layers from fruit to coconut. An Art Nouveau cake with 16 layers, gold and black. And a flokati cake – a funny carpet cake,” revealed Wussow. And finally a Viennese melange, “with a tea service on the marzipan ceiling”. With so much passion, will she make her own birthday cake? Rather not. “The cook from MS Amadea will probably bake the birthday cake for me,” Wussow hopes.

Frankfurt am Main: Traffic accident on the A 5 between Frankfurt...

This is how Liam Hemsworth’s girlfriend stays down to earth despite...

Fever clinic of the city of Stuttgart in Neckarpark extends opening...