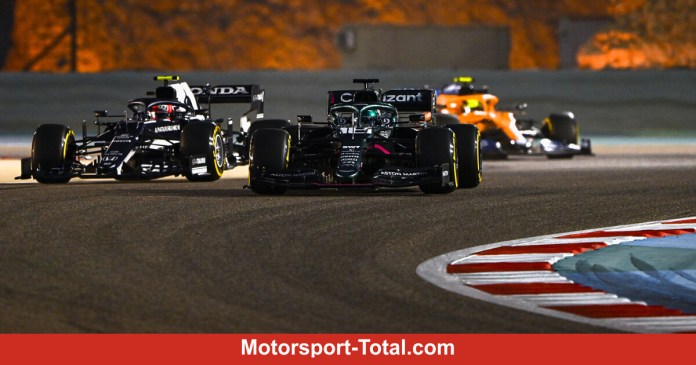 (Motorsport-Total.com) – The subject of sprint races is still hotly debated in Formula 1. Originally, a decision should have been made before the first Grand Prix weekend, but the stakeholders do not yet agree on the details. The question of the name of the race winner on Saturday has not yet been clarified.

Will there be sprint races in Formula 1 soon?

Christian Horner emphasizes that there can only be a Grand Prix winner on Sunday afternoons. The Red Bull team boss is not fundamentally against the suggestion of a sprint race, but he emphasizes: “It’s almost like a pre-final. A racing concept where you win a qualifying race – effectively that doesn’t make you a Grand Prix race. Winner.”

This distinction is important to the British because, like many other protagonists, he insists that the main race on Sunday must continue to be the highlight of a weekend. Many observers, who are critical of the new proposal and would rather stick to the traditional format, see the risk of dilution.

On the subject of costs: “Extremely expensive to drive these cars!”

“We have to protect the DNA of our sport, the history of the sport,” notes Horner. “A Grand Prix winner should only be a guy who prevailed on Sunday afternoon. A pre-final on Saturday is not a Grand Prix.”

Even before that, several suggested names were buzzing around in the paddock, Alpine Director Marcin Budkowski spoke of a “super qualifying”. Some pilots, including Sebastian Vettel, generally don’t like the idea.

“Is it the right format? I mean, a static Saturday race could create a static Sunday race – but on the other hand there is a second start, which could lead to more skirmishes,” Horner can understand both arguments. “I think we just have to try it out.”

The other teams also indicated in principle weeks ago that they would appreciate Liberty Media’s proposal. However, a completely different question recently arose after the winter tests: Who pays for the additional costs, for example in the event of accidents caused by a second race?

The rights holders have made a proposal to the teams, but the racing teams are demanding more funding. “We cannot ignore the fact that these cars are extremely expensive to use and drive. We have to find a solution to how we can reconcile this – especially in a season when the cost limit has a significant influence on how we operate. “

McLaren CEO Zak Brown agrees with Horner. “In general, all teams support the proposal. The rights holders want to try. I see few disadvantages if we should try it a few times – and there are potentially many advantages if the races are very exciting,” he says.

Wolff points out: No proper simulations

If the format does not work as desired in reality, then you have to come up with something new, says the American. Toto Wolff emphasizes once again that as a “purist” he does not want to see the importance of a Grand Prix jeopardized.

The Mercedes team boss has already emphasized several times that the attraction of a single main race should not be “watered down”. “We have always been very reluctant to change the traditional format.” However, experiments can also work, as has been seen in other racing series.

“However, these series were far from having the importance and tradition of Formula 1, so we have to be very careful how we try things. We live in a data-driven world. We simulate everything – and now we’re talking about it, something in to test the reality that was not properly simulated, “Wolff interjects.

“We don’t want to block anything,” he also clarifies, “the experiment is worth doing – but we have to be very careful.” After all, as a person in charge you have a certain responsibility towards sport.

Lufthansa sees no future for the mega-jet Airbus A380

Who produces for whom ?: Unmask cheap brands: These brand manufacturers...

Fire in the supermarket on the Veddel | NDR.de –...