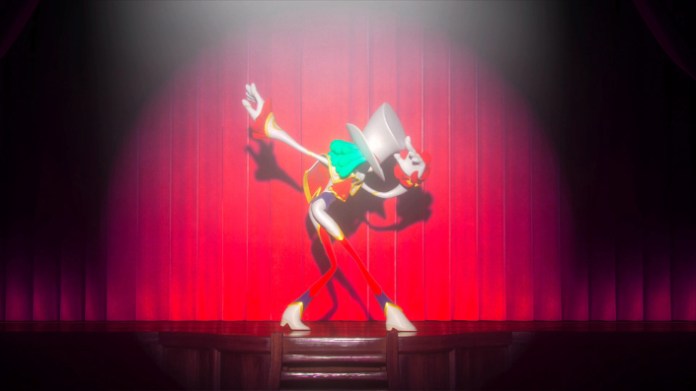 Just two days ago, Square Enix released the colorful platformer “Balan Wonderworld”. Now the developers are warning against starting the game without the Day 1 patch, as a special scene, as reported by Game Informer, could trigger epileptic seizures in some players. In the last few days, the makers have received several reports in this regard, which is why they are now explicitly drawing attention to it.

Game Informer editor Liana Ruppert, who suffers from epilepsy herself, went into the matter in an article. Before that, fans would have them on Twitter pointed out that a cutscene against the final boss opponent of the game had a “possibly convulsive moment”. Thereupon she made herself a picture of the said scene and describes her experiences as follows:

“When I started to see the scene […] I had to turn it off immediately. Immediately my right side fell off and I felt the onset of a seizure. I went to the side. I did my usual ‘checkup’, set more secure settings, and looked again, this time at a slower pace ”. In this way, she wanted to avoid the effect that was responsible for the seizure. She realized that the cause was probably a glitch that had been overlooked by the developers.

The triggers in the scene are not just blinking effects, but also a rapid sequence of white flashes in the background. After posting a message on social media to warn other epileptic gamblers, “I got a lot of people contacting me, including developers and other QA developers who said they weren’t even epileptic but felt ‘strange’ after watching. ”Her husband, who has no health problems of this kind, got dizzy after watching the scene before vomiting. Several people had reported similar experiences to Ruppert.

As already mentioned at the beginning, the publisher Square Enix, responsible for “Balan Wonderworld”, has meanwhile also commented on this matter. In a post on the official Twitter-Channel The creators of the game strongly advise you to really make sure that the Day 1 patch has been installed before starting the game. Those responsible would have received reports “of a risk of epilepsy due to a possible programming error if you play the game without a patch.” The update would prevent this problem.

In conclusion, Ruppert notes in her report that the company has not yet addressed “the numerous cases” in which the bug had occurred, nor did it reveal how the patch would fix this problem. Therefore, she would like to continue to advise players of the platform game to be careful before they face the final boss opponent of the title.

“Balan Wonderworld” was released on March 26, 2021 for PlayStation 4, PlayStation 5, Xbox One, Xbox Series X / S, the Nintendo Switch and the PC

Epilepsy Warning: The following video contains material that may cause seizures in people with epilepsy!

Did you have similar experiences with the said scene in “Balan Wonderworld”?

Mars rover “Perseverance” is scheduled to land on February 18th

Police break up Corona party – guests jump out of the...

Marcus Thuram returns to Gladbach after being suspended against Dortmund