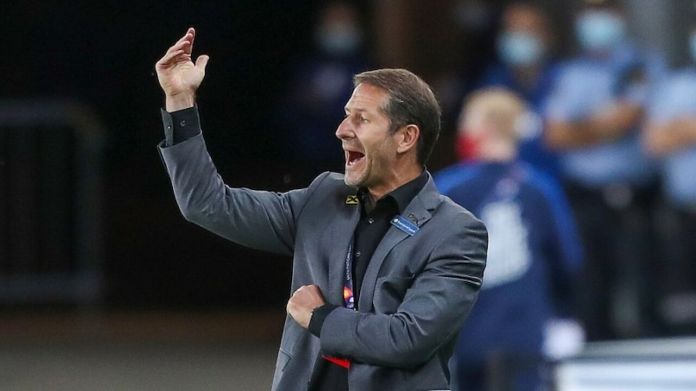 In the game against the Faroe Islands, Franco shouted to Foda Andreas Ulmerthat it shouldn’t push or push so high – a symptom of Foda football and ours Momentum on Monday.

A 2: 2 in Scotland with an overhead kick compensation five minutes before the end, you can somehow gloss over yourself. The first 30 minutes against the Faroe Islands and the last 45 actually no longer. A David Alabawho was running around somewhere and unpacking the hacking trick as if it was 5-0, erratic passes, lack of concentration. The Inselkicker pressed Austria partly high and did not come to the lead undeservedly – regardless of whether it was a foul or not. The referee gave the goal, so it doesn’t matter. In addition to a sleeping car tactic of the ÖFBEleven without width was also remarkable how the goals were: The highly paid, partly Champions League, kickers net according to a standard, after a high ball from midfield and from a counterattack. As a reminder: The Faroe Islands drew against Moldova, the latter were taken apart by a Danish B-Elf with 8: 0 in all individual pieces.

Taken on a leash

To hope that there will now be more rooms against the strong Danes on Wednesday, in which one can break into the role of outsider, is actually a mockery of the players. A look at the employers and the résumés of domestic footballers from Alaba to Sabitzer is enough. Symptomatic a scene from the second half in the game against the Faroe Islands: Salzburg veteran Andreas Ulmer attacked after losing the ball, Foda audibly called on him not to do that. It becomes almost boring to emphasize that most players play active football at their top clubs, but Foda has prescribed department head football with a focus on harmlessness. At a certain level, the same thing applies to the home game against the Faroe Islands as to the away game against the Scots: The result somehow fits, but mandatory victories are basically mandatory victories. If you manage to win a (countered?) Home win against Denmark, you’re supposed to be. But not anymore.

“We have a team with a lot of quality,” said Foda after the game about Wednesday’s duel. But it is questionable what quality he means by that. Defensive standards are currently not part of it, just as little as putting the individual and tactical skills practiced at the club in the foreground also with the national team. You knew that when Foda was hired by the ÖFB, and he has proven it in abundance in recent years. But it doesn’t help: It has to be repeated over and over again that these players should actually show a lot more than the team boss allows them on the field. In this respect, one can be happy that nobody has to watch this kick in the stadium at the moment. Because if you are actively watching the ball running at St. Pölten against Hartberg, you will not be knocked off your stool by a national team that likes to manage one-goal lead or that only plays properly for 15 minutes out of 90.

As a reminder: The starting eleven kickers from Sunday evening have played the Europa League round of 16 (Schlager, Trauner), Europa League (Dragovic, Grillitsch, Baumgartner), Champions League (Ulmer, Lainer, Sabitzer) or have even won them (Alaba ).

It would be nice if you could see that in the field for over 90 minutes. One would only have to let Alaba & Co off the leash and free them from the tight Foda corset. 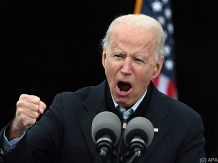 Minute of silence for Covid victims in many European cities –...

Carmen Geiss can hardly be recognized in the old party photo