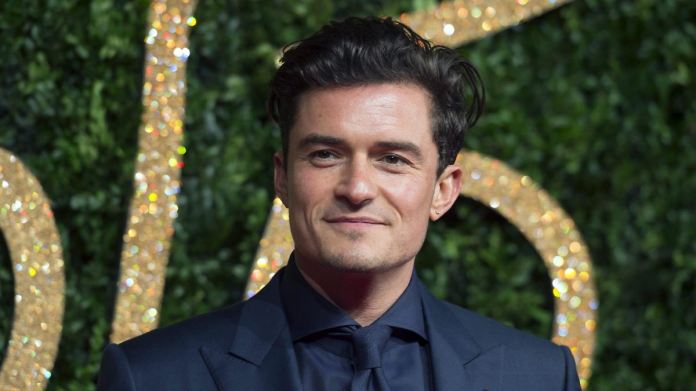 “A very happy baby”
Orlando Bloom raves about his daughter

Orlando Bloom and Katy Perry have been the proud parents of a daughter for seven months. Now the Hollywood star is chatting about his everyday life with little Daisy Dove. In order to spend more valuable time with her in the morning, the father of the family also does without his cell phone and social media.
Actor Orlando Bloom and singer Katy Perry have been parents to a daughter since August 2020. The young family lives in the Californian city of Montecito. In an interview with “The Times”, the Briton described in detail what his everyday life with their daughter Daisy Dove looks like. According to this, Bloom is the first to see the seven-month-old daughter in the morning because his fiancée needs her sleep. Daisy Dove is then “mostly already awake and squeaking in her cot,” describes the 44-year-old.

“Daisy is a very happy baby. I kiss her and we hang out. We look each other in the eye and I sing songs for her, like ‘Daddy loves his Daisy Dove’ so she knows who Daddy is.” His strategy has already shown initial success: Bloom’s first son Flynn (10), from the relationship with model Miranda Kerr, first said “Mama”, Daisy’s first word was “Dadda”.

The actor tries to spend the entire morning without social media and his cell phone. After a walk there is breakfast at 9 a.m.: mostly porridge with hazelnut milk, cinnamon, vanilla, hazelnuts, goji berries and a vegan protein powder as well as a cup of tea. “My diet is 90 percent plant-based, at most a really good piece of red meat once a month,” explains Bloom. Lunch is also mostly vegetable; there are vegetables or a stew. At Bloom-Perry, however, they rarely cook themselves – the couple have a cooking team that provides them with meals.

There is no longer any talk of wedding

During the corona pandemic, he started playing with Lego and building things again, says Bloom. “I mostly build cars. Creating small things makes me feel like I’ve achieved something.” In the late afternoon, the actor trains with weights for an hour. Then Perry and Bloom put their baby to bed before dinner is served. At 11 p.m. it’s time to go to bed! “If I get eight hours of sleep, I’ll be happy. Time is so precious.”

Katy Perry and Orlando Bloom had an on-off relationship since 2016 and got engaged on Valentine’s Day 2019. However, the two are said to have put their wedding on hold for the time being, as an insider recently reported. There was “a lot of stress and tension” during the planning. They no longer wanted to expose themselves to this pressure. “Their attitude is: What is not broken, you do not have to repair,” the source told “Entertainment Tonight”.

Frankfurt: RMV has big plans for the time after Corona

Corona: Mutation of the virus in Great Britain – What is...

Helene Fischer: ZDF shows what ex Florian Silbereisen does while she...