10 people were killed in a mass shooting in Boulder, Colorado. The 21-year-old suspect bought the semi-automatic assault rifle six days before the crime. Acquaintances report that he often had outbursts of anger.

According to investigators and acquaintances, the alleged gunman from Boulder in the US state of Colorado tended to be angry. The 21-year-old Ahmad A. was expelled from school in 2018 for knocking a classmate unconscious, according to a police statement. A sports comrade of the suspect reported that he threatened to kill everyone after losing a competition. A. was taken to prison on suspicion of tenfold murder and was due to appear in court for the first time on Thursday.

Nothing was known about the motive, the police initially assumed a lone perpetrator. The suspect Ahmad A. bought the murder weapon, a semi-automatic assault rifle with the type designation AR-15, six days before the attack, according to the arrest warrant.

Among the fatalities was a police officer who was the first officer to arrive at the scene. US President Joe Biden praised the 51-year-old police officer as the “definition of an American hero”. The nine other victims were between 20 and 65 years old, according to police. A victim was found shot dead in a car next to which the suspect parked his brother’s car. An elderly man was fatally hit by several bullets on his way to the supermarket. In the market there was a gun battle with the police on Monday afternoon, in which the suspect was injured.

«A. loses control of himself in anger »

The suspect’s family members said the 21-year-old had mental health problems, according to police. He sometimes said that he was being followed or hunted. His sports mate said that A. lost control of himself in anger. “It’s no longer himself. At this point, there’s no stopping him,” he said. Before A. beat up his classmate, he is said to have accused him of having racially insulted him.

The detail of the investigation that a quasi-military assault rifle was used again sparked the discussion about stricter firearms laws. House Chairwoman Nancy Pelosi said the time of idleness was over, “enough is enough”. Biden’s predecessor, Donald Trump, had vehemently blocked attempts to introduce more restrictive gun laws. “The gun lobby and so many others have stopped the opportunity to make meaningful reforms in the past, but that’s not an excuse. I think the American people are tired of excuses. “

Do you mourn or mourns someone you know

Procurement as a Service market for massive growth by 2028 –...

WHO rejects vaccinations planned by the EU Commission

WhatsApp and the mysterious clock on the profile picture 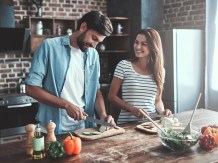 This is what the food processor can do