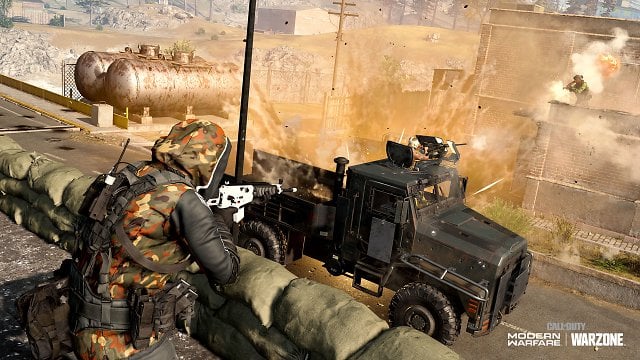 The website SBMMWarzone.com enjoyed greater popularity with many players in the Battle Royale offshoot of Call of Duty, Warzone. However, publisher Activision seems to be a thorn in the side, which is why the company has now obtained the shutdown by letter of law. SBMMWarzone.com is still online, but tomorrow, Monday, the plug will be pulled for good.

In the legal letter that eurogamer.net, who report on the shutdown, has verified, according to their own statements, there are primarily concerns about data protection. However, violations of the Activision API Terms of Use – the interface through which the tracking website obtains its data – as well as copyright violations and violations of the “Computer Fraud and Abuse Act” are criticized.

According to the letter, the shutdown must take place within seven days of receipt. This date is March 22, 2021, so that the shutdown will be necessary on Monday tomorrow if the operators want to prevent further consequences or a legal dispute.

The website was created by developers from Belgium. SBMM Warzone uses the Call of Duty API to retrieve player data and ultimately to display statistics to players. Also, Warzone lobbies are divided into skill-based ranks, which is the essential core of the service and brings more clarity to the shooter’s skill-based matchmaking.

One of the developers has agreed to talk to eurogamer.net. In it he explains that SBMMWarzone.com ultimately does nothing more than retrieve the information accessible via the official API and that Activision no longer has any control over it from this point on. With regard to the criticism of data protection, he emphasizes that you do not receive any sensitive data and also no data from players with private profiles.

Something else is therefore speculated as the actual motivation for Activision’s legal efforts. Ultimately, the publisher could rather be bothered by the monetization on the part of SBMM Warzone. Aside from the placement of advertisements on the website, a premium membership is also offered, for which between 4 and 6 US dollars are required. This enables players to activate the recording of additional data and, for example, call up a game history that shows the progress over the last 100 games or the gulag win ratio over time.

However, the developers reject this thesis. “Some people mention this on Twitter, but I don’t understand why they are saying it or where these claims are coming from because they are not true. After talking to the lawyers, it became clear that privacy is at stake. It’s also funny that they People mention it because we end up having to pay for servers and the like too. ”

Whether it might come to an agreement and thus a comeback of SBMM Warzone remains open for the time being. The developers would be open to a partnership with Activision and the associated adjustments to the website and its functionality. The official partnership with tracker.gg shows, for example, that the publisher is not averse to such deals. However, the makers of SBMMWarzone.com have not yet received any feedback.

In this regard, it is explained that at first you would just like to talk about how you can find a partnership and what needs to be changed in order to meet the publisher’s requirements in this regard. “We’re open to rebranding, feature changes, and paying a commission for using the API, but we haven’t been able to get in touch yet. That’s what bothers me most. We want the opportunity to talk to them and we are of the opinion that we could offer the community a lot more. ”

The developers of SBMMWarzone.com are not alone in their fight to maintain the website. Despite the rather short lifespan, SBMM Warzone did not start until late 2020, so far many players have been able to gather behind them and well-known representatives from the community support the service on social media, even if a definitive shutdown is inevitable for the time being.

02:24
Call of Duty: Black Ops Cold War: Trailer with a preview of the new Season 2 content

NBA: James Harden is apparently moving from the Houston Rockets to...

Google threatens Australia with a ban over media law

Alex de Waal: “In Tigray, hunger is used as a weapon”