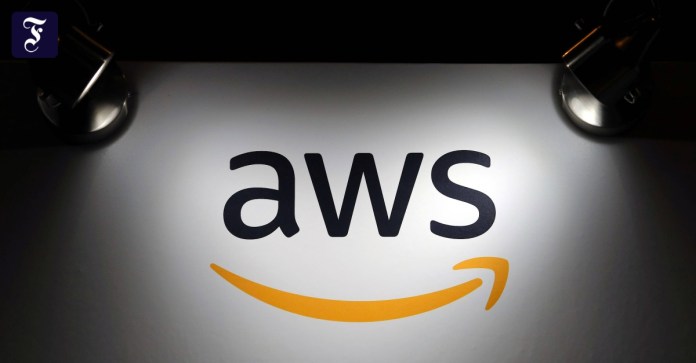 Andy Jassy gets straight to the point. “I would like to announce that Adam Selipsky will be the next CEO of AWS.” This is what the new CEO of the world market leading online retailer Amazon wrote in an email to all employees of the cloud division of the American technology giant. As unadorned and informal as this latest announcement appears, it is weighty.

Amazon Web Services, abbreviated to AWS, is one of the online retailer’s most important and future-oriented business areas. The division, which was only known to industry insiders for a long time, has even been doing TV advertising in Germany. Anyone who underestimates AWS has been making a big mistake for years: When Amazon founder Jeff Bezos announced his retirement in February, the choice of the successor with Jassy fell on the AWS boss.

Jassy tried to present the decision about his own successor in this role as not surprising either. “Adam is not a new face at AWS,” it says in the mail. As early as 2005, he was one of the company’s first vice presidents to be hired. For eleven years, he headed sales, marketing and support for Amazon’s cloud division. With a view to the sales force and the importance of customer service in the Amazon group, strategically highly relevant areas.

In 2016, however, Selipsky left Amazon and became head of the data analysis specialist Tableau, which was taken over three years later by the SAP competitor Salesforce from San Francisco. The value of Tableau had multiplied under Selipsky. Among other things, the change from unlimited licenses to a subscription model was completed during that time. Even after the takeover, Selipsky remained CEO of Tableau.

So much for the tabular curriculum vitae. But what really sets Selipsky apart? The new at the top of AWS brings strong judgment and customer obsession, can build teams and generate demand, praises Jassy. And: “He knows our culture and our business well.” So Jassy and Selipsky have known each other for a long time; they are said to have an excellent personal relationship – anything else would actually be a surprise given the choice of staff. During his time at Amazon, Selipsky was even considered Jassy’s right-hand man.

He often appeared as the face of AWS on talk shows and conferences. There he had to explain why, of all things, an online retailer is entering the business with internet-based software that is stored decentrally in data centers (in the cloud) and can be booked as a service there by any company. In his time at Tableau, after the takeover by Salesforce, Selipsky was even considered a rising star in the Salesforce empire, of which its powerful boss Marc Benioff thought a lot. When it came down to who or what investors underestimated about Salesforce, Benioff mentioned Adam Selipsky, among other things. And that means something with the extremely competitive Benioff.

Nevertheless, not all observers had the future AWS boss on their bill. “I did not see that coming at all,” wrote the cloud consultant Corey Quinn on the short message service Twitter. Others were traded as favorites for the post; for example the longtime AWS manager Matt Garman.

Coronavirus: waves of infection are not determined by the weather

Ursula Haverbeck: This is how the judge justifies the judgment against...

Banken: “Big end is yet to come”