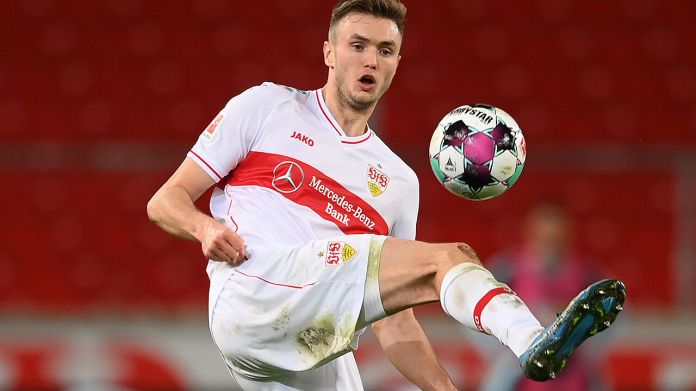 In times like these, everyone likes to nibble along.

“We are all happy for him and follow his development closely. Because Sasa is a great boy – and because fortunately we also have business relationships with VfB,” said Admira’s managing director Franz Wohlfahrt to the “Stuttgarter Nachrichten”. “The more successfully he plays, the better it is for us too.”

In his first season in the German Bundesliga, Kalajdzic has already scored 13 goals for VfB. Wohlfahrt did not want to reveal exactly how Admira is participating in the 23-year-old’s boom. “I am not allowed to chat with you about the specifics of the contract. But you can safely assume that we have a reason to cheer every time he scores,” said the former Stuttgart legionnaire. Kalajdzic moved from Admira to the then second division team in the summer of 2019.

The Viennese should already be in demand for his goals even with larger clubs. Wohlfahrt advised him to stay with Stuttgart for the time being. His three team goals in the most recent World Cup qualifiers would also not allow the attacker to take off. “Because he turned professional relatively late by today’s standards, he also has the necessary humility to know that none of this is a matter of course. That’s why I cannot imagine that he would ever get the idea to take off and believe that everything will run by itself from now on. Especially not after goals against Scotland and the Faroe Islands. ”

For a good cause: snowmen as an audience at the Arlberg...

Bid for pictures for a good cause