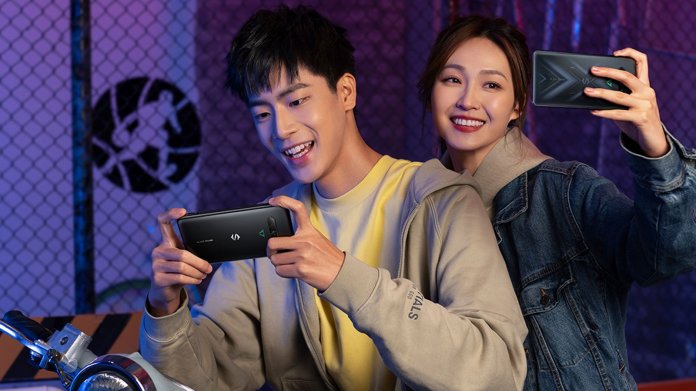 The Chinese gaming smartphone Black Shark 4 has made a record-breaking sales start in China. While the Black Shark 4 Pro offers absolutely high-end equipment, the standard model attracts with an unusually low price for gaming phones.

In Gaming-Smartphones like those of the Black Shark series, the most advanced technologies of the smartphone industry are usually combined – with the exception of camera equipment. The prices are therefore usually high: the standard model of the Black Shark 3 came to Europe with an RRP of 499 euros.

This should obviously change with the successor: While the Black Shark 4 Pro again comes up with high-end specifications, the standard model is said to be proportionate affordable gaming phone come on the market. Only 2,499 yuan, the equivalent of around 323 euros, costs the cheapest model with 6 GB of working memory and 128 GB of device memory in China. According to its own information, Xiaomi already wants to be there in the first five minutes after the launch, 200 million yuan (around 25 million euros) through sales of the new series.

Both devices in the Black Shark 4 series have one 6.67 inch FHD + AMOLED screen with a refresh rate of 144 Hz. In addition, there is a touch input frequency of 720 Hertz, with which the gaming smartphone implements touch commands particularly quickly. In addition to a side fingerprint reader, both models also offer physical shoulder buttonsthat do not come out of the housing until they are activated for play.

Xiaomi installs one so that the players don’t run out of juice in the middle of it all 4,500 mAh battery, which can be recharged very quickly with 120 watts. The front cameras are available as a punch-hole variant directly in the display, while a triple camera snaps on the back. The main sensor of the Black Shark 4 offers a resolution of 48 megapixels, the 4 Pro has 64 MP.

Even the standard model of the Black Shark 4 can deal with a Snapdragon 870 still quite impressive, especially since the prices for the processor downgrade are shrinking properly. In China, the version with 6 GB of RAM and 128 GB of storage costs 2,499 yuan (about 323 euros), while the most powerful configuration with 12 GB of RAM and 256 GB of storage is sold for 3,299 yuan (around 426 euros). In this country, these prices are usually a bit higher, but there is no more detailed information on a European market launch yet.

Robin Cromberg
… studies Asian Studies and Chinese at the University of Bonn and is mainly responsible as an editor for the notebooks, monitors and audio devices departments at Allround-PC.com, but also writes about new products from many other areas.

Corona in the nursing home: five deaths – despite vaccination? ...

Elon Musk could soon offer its own internet tariffs in Germany

PSG coach Tuchel complains that the team is overworked: “The team...

Bavaria: Controls at the border with Tyrol and the Czech Republic:...