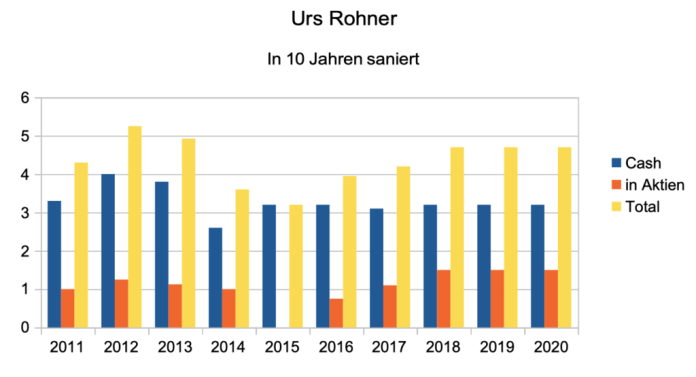 Urs Rohner, top athlete, business lawyer and President of Credit Suisse since 2011, has received 43.5 million francs on the Kapitänsbrücke in 10 years.

His bank’s share price has fallen 70 percent in those 10 years, while the SMI, the index to which Rohner’s CS belongs, has risen by the same amount.

Rohner thus bears the title of one of the greatest destroyers of value in the Swiss economy. If he hands over command to his successor, a banker from Portugal, in a month’s time, the CS will be a wreck.

Yesterday, their course rattled 14 percent in the basement – in a single day. Today the media is full of CS stories, from NZZ to Radio SRF. There one seldom speaks of large Swiss companies in the morning.

This time already. CS keeps Switzerland in suspense. She faces horrific losses after bedding a potential criminal and finishing second in the execution of a hedge find.

The latter must be particularly painful for the bank management. According to the Financial Times, the big finance houses agreed last week around the crooked Archegos hedge fund to limit their own losses.

The CS then threw smaller Archegos positions on the market at an early stage, whereupon Goldman Sachs and Morgan Stanley started their big selling machine and sold Archegos securities with all their might last Friday.

The CS was not prepared for this. She had slept through the moment.

A worse verdict is almost impossible in global trading. Timing is everything – the CS culpably missed this.

Now it may have happened to the tour in Zurich. Thomas Gottstein, the Swiss CEO who was appointed by Rohner only a year ago and against the opposition of major overseas shareholders, is at risk.

If Gottstein falls, then a foreigner from the world of investment banking should take over the operational tax at the bank on Paradeplatz. The influential US shareholders, who together with the Norwegian state fund own over 20 percent, now want to hijack CS.

The 50,000 employees and the Swiss Confederation are facing uncertain times around CS. The bank could either be sold in its entirety to a financial multinational or then broken down into individual parts and then sold.

It is the end of the Rohner era. The Zurich resident leaves behind a bank that has sold its silverware: with the exception of the Hotel Savoy and the headquarters at Paradeplatz 8, practically all flagship buildings are gone.

Rohner leaves the bridge from a CS whose scandals of recent years read like a book of horror. US black money, Mozambique, Geneva fraud, Spy-Gate, Wirecard, Luckin Coffee, Greensill, Archegos.

The top guardian of strategy and reputation survived everything: the horrific fines and penalties, the many billions in losses in trading that tore deep holes in the balance sheet, the capital increases, his CEO from the insurance industry, who was chased from the court after the shadowing affair.

His fee fluctuated, but always remained above 3 million. Rohner received a total of 33 million francs in cash from CS during his 10 years as President; only the smaller part of his total compensation, a good 10 million, was in stocks that fluctuate.

Rohner and his wife bought a villa high above Lake Zurich, which they would later proudly present in a glossy postil. The 5 million loan for the property came from CS.

No swagger, but always enough for yourself. The longstanding sponsorship of the Zurich Film Festival, which Rohner’s partner had set up, fits into the picture. When she sold this to the NZZ group, she got rich.

The bank’s costs, the private profit. Rohner couldn’t harm any of these stories of endless losses, defeats, and setbacks. Not until today.

The write-offs from the Greensill scandal could lead to bonus claims from the CEO and other top operational people. But not with the president.

Like his colleagues on the Board of Directors, he does not officially receive a bonus, but rather a fee that is paid in shares and in cash.

Now the great adversary, David Herro, who speaks for the US fund Harris Associates and wanted to keep ex-CEO Tidjane Thiam in office at all costs, wants to cut Rohner’s fee. The shareholders of CS should vote accordingly at the general meeting in one month.

That would be bearable for Rohner: The outgoing CS commander in chief has long since left his flocks in the dry. After his departure, things should quickly turn quiet around the economist. On the other hand, the bank he left behind will probably make the headlines all the more often.

WAC has to go to Budapest for the Europa League against... 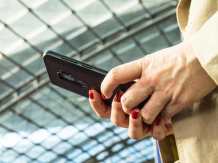 Only three mail apps for Android are recommended Berlin: tenant convicts her neighbor as a thief with a camera...

Why the Tesla boss is withdrawing from Silicon Valley

Bachelor winner Francesca Morgese: Her pictures are so fake