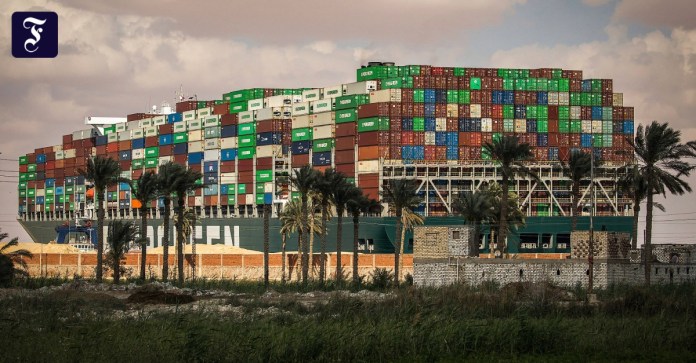 Captain Khanna, you have sailed the Suez Canal a lot yourself. Why can’t the traffic jam be reduced by turning the ships around?

Editor in the business world, responsible for “People and Business”.

The ships are already in the canal and cannot simply turn. The Suez Canal is narrow. Ships waiting in front of it can sail around the African continent. But that’s a question of time and cost, we’re talking 5,000 additional miles or 9,000 kilometers, depending on the route. It takes them eight to fifteen days longer to do this. This decision must be carefully calculated. Freight rates and fuel costs play a role here – and of course the uncertainty as to when Suez can be reopened.

Is the Suez Canal difficult to navigate?

Around 20,000 ships cross the canal every year. You have to be very careful to avoid taking risks. But that’s not uncommon for sea captains. It’s the same in the Panama Canal; it’s actually not a risky operation. That is why there are only eight to ten incidents a year. In other words, it is a safe passage.

But what is the problem?

The size of these mega-ships in particular is a problem. A ship that weighs 224,000 tons and is 400 meters long that can transport up to 20,000 containers, like the “MS Ever Given”, is one of the largest ships in the world’s oceans. The Suez Canal was not originally designed for this. This is why the question arises more than before as to whether everything has been done to precisely examine and reduce risks. In the past, there have been fires on board such ships or containers have gone overboard. The greatest challenge, however, is rescuing giant ships when a disaster like this occurs. It is very complex and only a few salvage companies in the world can handle it.

What does the incident have to do with insurers?

There can be different types of claims from the claim. Firstly, direct claims for the ship from property insurance (ship comprehensive insurance). Second, injured third parties could assert their claims, in the first place the Suez Canal Authority. And third, damage to the cargo could occur. However, that doesn’t seem to be a major problem so far.

Are demands from the ships waiting in the canal also conceivable?

How long will it take to measure the extent of the damage?

An incident like this creates a very complicated process. There have been cases where something like this took years – especially when it comes to container loads, there are numerous parties involved.

You described the size of the ship as a problem. What can you do about it?

In the past few years the ships have grown exponentially. With 24,000 TEU ships on the horizon, we are now seeing the effects of what could happen more regularly in the future. However, risk management has not grown to the same extent. The larger the ships, the more efficiently freight can be moved. We accept that as an insurer. But that also requires a different risk assessment.

You are indicating that it will be more expensive to insure ships.

This is always decided on a case-by-case basis. Risks must be assessed realistically. We have created catalogs of recommendations on how ships can be made safer. They also include the recovery and handling of lost containers. In our annual ship safety report, we created a scenario of what happens when two large container ships collide and one of them loses all of its containers. We are talking about the astronomical sum of 4 billion dollars.

Can’t Allianz limit the size up to which it insures?

We want to support the industry and its growth. We don’t mind if ships get bigger. But that growth has to be under control, with all the aspects that go with it. We expect shipping companies to adhere to the rules for safe operation on board and to work continuously to improve safety. We all have to think more innovatively here.

The Super-G from St. Moritz is made up in the Fassatal

Surprise lockdown causes outrage: only the Chancellor can save Germany from... 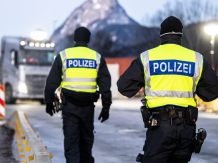