Pietro Lombardi was first a candidate and then a juror at “DSDS”. Image: TVNOW / Stefan Gregorowius / DSDS

Bohlen-Aus at “DSDS”: Pietro Lombardi makes a clear announcement for the semifinals

The news that Dieter Bohlen will no longer be on the jury for “DSDS” and “Das Supertalent” from the next season caused a real tremor for a little over two weeks. Little by little, companions of the pop titan spoke up to express their sympathy or to give personal assessments. The 2011 “DSDS” winner, Pietro Lombardi, also got involved. He posted a tear emoji on Instagram and wrote: “Thank you for all the beautiful moments, love you”.

On Saturday evening the first of two “DSDS” live shows of the current season went on stage – without Bohlen, who had called in sick at short notice in the middle of the week. His former protégé Lombardi took the opportunity again to post an emotional message on Instagram.

Exactly in time for the start of the semi-finals, the 28-year-old shared a photo with his followers that was apparently taken during Lombardi’s time as a juror on “DSDS”. He lovingly puts his arms around Bohlen, who is sitting at his jury desk, which was still at home at the time. Lombardi’s clear commitment to this:

In the course of Lombardi’s “DSDS” victory, a friendship developed between himself and Bohlen. In the 16th and 17th season of the casting show, the native of Karlsruhe even sat next to his buddy on the jury. The connection between the two still seems to be good. After all, Lombardi has not forgotten who was instrumental in making him famous back then.

Incidentally, the singer has received a lot of approval for his latest Instagram post. Among other things, reality star Gerda Lewis commented on the contribution. She simply posted “#boykottdsds” and a tear emoji. A fan, on the other hand, stated: “I’m not watching ‘DSDS’ today. Without Dieter, it’s not ‘DSDS’. I’m looking forward to his new projects.”

In fact, Bohlen finally let himself be heard after a few days of silence on Saturday evening. He uploaded a video on Instagram in which he assured his fans: “I have big plans and you will hear from me”. However, he did not name specific projects.

Meanwhile, RTL will equip both “DSDS” and “Das Supertalent” with a completely new jury in the next season. In “DSDS” on Saturday evening Thomas Gottschalk jumped into the breach as a plank replacement. He will also be part of the final.

Oliver Pocher regrets Bohlen-Aus on “DSDS”: “Who is there now?”

After the current season of “DSDS”, RTL and Dieter Bohlen go their separate ways. The 67-year-old will no longer be the chief juror of the casting show and will also drop out of “Das Supertalent”. A more detailed official justification for the decision has not yet been given, but of course this step provokes emotional reactions from fans as well as from celebrities.

In his video format “Screen Control”, Oliver Pocher has now also commented on the Bohlen departure. Although the …

Ross Antony soon to be seen in TV series

Cancellation of bankruptcy planned for December 31, 2020 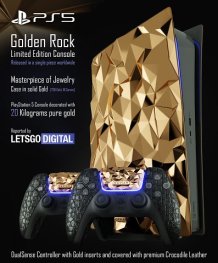 Foreign exchange: the euro is making early gains – at times...