After the massive criticism of the latest Corona resolutions of the Bund-Länder-Round, the German Chancellor Angela Merkel (66, CDU) held another brief meeting with the Prime Ministers of the Länder on Wednesday. This is reported by the German Press Agency. The ongoing criticism has therefore led to a rethink: Merkel has decided to stop the federal-state decision on the so-called Easter rest.
After the announcement of the new corona measures on Tuesday night, a storm of protest had erupted. The decision-makers were not even safe from their own allies: Even Interior Minister Horst Seehofer (71, CSU) criticized the decisions – despite membership in the federal government and membership of the CDU and CSU union.

Seehofer was particularly bothered by dealing with Easter. That church services are expressly undesirable. “I was astonished that of all parties that have the C in their name suggest that the churches refrain from worship, especially at Easter,” said the interior minister to Bild. «I would like to point out that this is a request. My house did not make this suggestion either, although we are responsible for the religions. Instead, very early on in the pandemic, the Ministry of the Interior worked out hygiene concepts together with the churches, which are still working perfectly today. “

The pressure on politicians is increasing to loosen the corona measures. The CDU member Elisabeth Motschmann (58) wrote on Tuesday on Twitter: “A hurricane of social criticism pulls us parliamentarians over”. You can no longer gloss over the resolutions yourself. “After 12 months of the pandemic, these are indications of poverty.”

The CDU politician Jana Schimke (41) complained in the parliamentary group meeting on Tuesday that the Chancellery could not provide detailed information about the implementation of key decisions. What did the two additional “rest days” prescribed over Easter mean for the slaughterhouses in your region? The Chancellery replied that they did not yet know. “I look stunned at the factual and life-alien decision situation,” said Schimke.

The CDU MP Albert Weiler (55) also attacked Merkel and the Prime Minister: “Your decision is a declaration of surrender!” Wrote the conservative politician in an open letter published on his website. The decision was “haphazard, perplexed, discouraged”. Life is more than the fear of a virus. “Give people back their freedom!” (noo)

BVB in Seville: Grade 1 for Erling Haaland – the individual...

Your own platform? Trump looking for a Twitter alternative 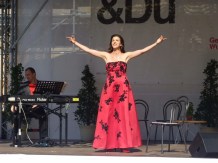 Opportunities and risks: Apple shares or rather the Dow Jones mix:...