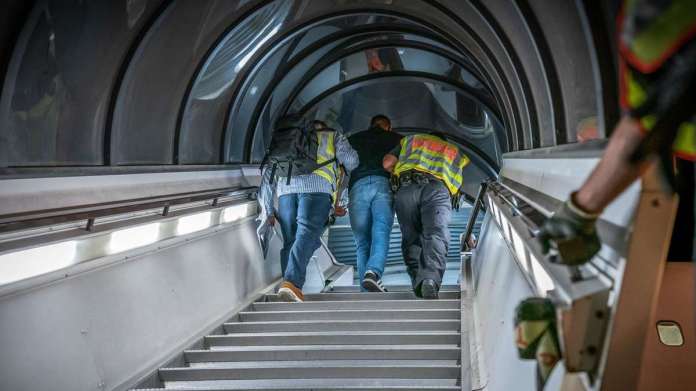 A 61-year-old Eritrean from Witzenhausen was deported to Addis Ababa on Tuesday evening. She was picked up early in the morning on the same day from the “Blumenhaus” accommodation by a plainclothes policeman.

A 61-year-old Eritrean woman was picked up by plainclothes policeman early Tuesday morning from the refugee accommodation “Blumenhaus” in Witzenhausen near Kassel, reported the Witzenhausen Asylum Working Group.

Although her Eritrean identity was certified by the Eritrean embassy, ​​she was deported from Frankfurt to the capital of Ethiopia with other refugees in a collective deportation on Tuesday evening, it is said.

Her lawyer had asked the Administrative Court of Kassel (VG Kassel) to inspect the files and tried to establish contact with her client. But the VG Kassel refused. According to the working group, the Eritrean had lived in Germany for nine years and in Witzenhausen for eight years.

In Ethiopia, the conflict between the Ethiopian central government and the government of the Tigray region between Ethiopia and Eritrea escalated in November 2020. Only a few days ago there were violent attacks on civilians in the Ethiopian province of Tigray.

Pit and Paule get their own Christmas tree

All questions and answers about New Year’s Eve firecrackers in Berlin...