Even after the fourth election within two years, there is no clear winner in Israel. Predictions see Netanyahu Likud ahead. But once again it will be difficult to forge a government alliance.

Immediately after the polling stations closed, Israel’s television stations announced their forecasts. On all three channels, Prime Minister Netanyahu’s Likud party was not only ahead as expected. She also became very clearly the strongest force. Then, late in the night, Benjamin Netanyahu stepped in front of his followers.

However, the Likud will, in all probability, perform worse than in the last election around a year ago. Israel’s successful vaccination campaign did not bring Benjamin Netanyahu a landslide victory, but it may have given the decisive boost.

Another parliamentary election in Israel

No parliamentary majority for Likud Alliance

Together with his declared political partners, the two strictly religious Jewish parties Shas and United Torahudism as well as the ultra-right party of Religious Zionism, Netanyahu Likud does not have a parliamentary majority. Netanyahu announced that he would now hold talks on a coalition in the right-wing camp.

I am not excluding anyone, and I expect those who believe in our principles to act in the same way. And just as I brought Israel peace agreements and vaccinations, I will bring Israel a stable government too.

Netanyahu could help the right-wing, settler-friendly Jamina party of former Defense Minister Naftali Bennet to gain a majority. He does not commit himself further and after announcing the forecasts he said he wanted to wait for the final results.

With the strength that you have given me, I will act on one principle only: for the good of Israel. I am determined to advance right-wing values ​​in any government that will come into being.

It is not yet ruled out that the so-called anti-Netanyahu bloc, with Bennet’s support, can also achieve a majority of at least 61 of the 120 seats in Israel’s parliament, the Knesset. The previous opposition leader Jair Lapid. whose liberal future party was the second strongest force, sees an opportunity to change power, because in interim results during the night the Netanyahu camp performed slightly worse than in the first forecasts. Lapid stated:

We’ll have to wait and see the end result, but it looks like there won’t be a government with the racist vote. I have started my first talks with party leaderships. We are waiting for the results. We will do everything we can to build a sane government for Israel.

The preliminary final result is not expected to be available until Friday. The count is still running. Due to the corona pandemic, there is a record number of around 600,000 postal votes. After a polarized election campaign in which everything revolved around the person of Netanyahu, the prime minister charged with corruption, the fourth Israeli parliamentary elections in just two years are unlikely to have resulted in a clear result. The country is once again facing a difficult government formation and possibly even a new number five election. 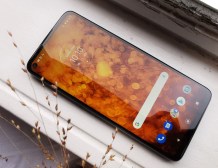 Android 11 for Motorola smartphones: These models get it

Without masks, without a safe distance: Thousands of Brits in the...