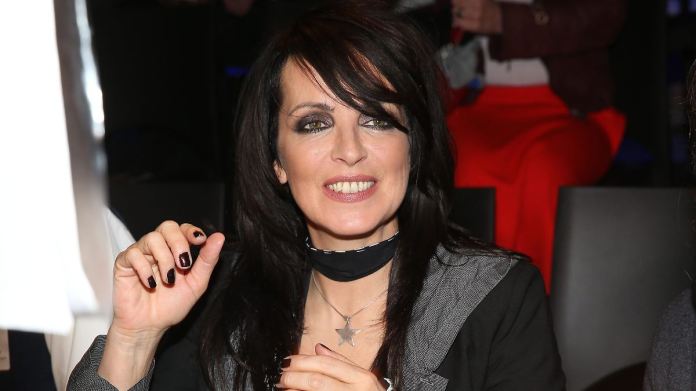 A demonstration by opponents of the Corona measures in Kassel gets out of hand at the weekend. There is violence. Right-wing extremists and those who believe in conspiracies are also among the participants. “Thank you Kassel”, Nena commented on the events. She is now defending herself against criticism.
Singer Nena does not want to be lumped together with “angry” and “rights”. This was made clear by her management after the singer came under fire for a post in a story on her Instagram page.

Nena had commented on pictures of a demonstration by opponents of the Corona measures on Saturday in Kassel with the words “Thank you Kassel”. She also posted a comment from one of her fan clubs about the events in Hesse on her page. He had underlined the recordings of the rally with a quote from Nena’s hit “Somehow, somewhere, sometime”: “Love is made out of courage …”

Finally, the 61-year-old also expressed her solidarity with her colleague Xavier Naidoo, who had fallen out of favor because of numerous confused conspiracy fantasies. She thanked Naidoo and the hitherto largely unknown singer Jan for their music. The two had a duet about two weeks ago called “What is wrong?” released. It says, among other things: “Everyone with an opinion is now considered a conspirator. Global New Town is their vision. Is that the agenda or just fiction? Mirror on the wall, what’s going on in this country? This is not the country, that once stood for freedom. “

“A punch in the face”

For her statement, Nena had to put up with harsh criticism. At the request of the “Bild” newspaper, the singer’s management now spoke on behalf of the singer. “Nena thanked the people in Kassel who disagree with the current politics and the inhuman conditions that prevail here and who were on the street for it,” the paper quoted as saying.

“The claim that Nena would make common with ‘angry’ and ‘right-wing’ is absurd and a slap in the face of the thousands of peaceful people who demonstrated there. Of course, Nena is neither xenophobic nor homophobic,” it said. “She rejects any kind of hatred and violence and in principle does not belong to any club, party or politically active association. Nena stands for freedom, humanity and love,” said Nena’s management.

During the demonstration in Kassel, there were also physical attacks on police officers and journalists. More than 20,000 people took part in the unauthorized rally in the city center, many without mouth and nose protection and in deliberate disregard of the distance rules applicable due to the pandemic. “Reichsbürger”, right-wing extremists and believers in conspiracies were among the demonstrators.

Xavier Naidoo has distinguished himself in the past by spreading a wide variety of conspiracy myths. Among other things, he came out as a supporter of the so-called QAnon movement, which believes in the existence of an elitist ring of child traffickers. But Naidoo has also made the assumption that the earth is actually flat.

LASK: Karamoko is out for a long time, Michorl only for...

LCD Panel Market Overview Forecast of the growth rate for the...