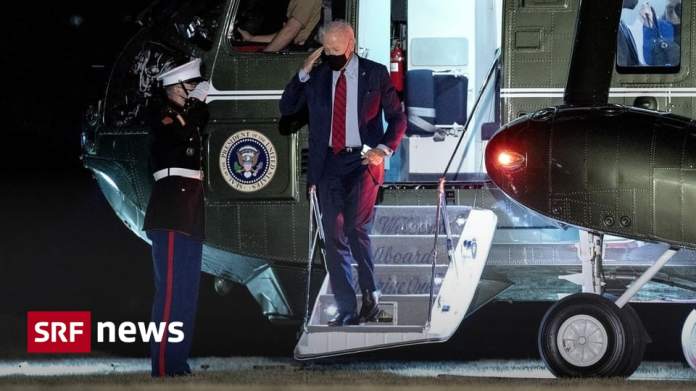 US President Joe Biden was shocked by the incident in Colorado and ordered the flags on public buildings to be raised at half mast for several days to commemorate the victims.

He called on the Senate to approve the House of Representatives’ initiatives. He also spoke out in favor of banning war-like weapons such as assault rifles. Both have been discussed in the USA for a long time. “We have to act,” warned Biden.

Obama and Pelosi are shocked

Former US President Barack Obama was also shocked by the bloodshed in Colorado and called for stricter gun laws. It is long overdue to fight the gun violence epidemic. The “resistance of cowardly politicians” and the pressure of the gun lobby must and could be overcome. It should not be the case that the pandemic alone will reduce the number of firearm attacks in the country.

The chairwoman of the US House of Representatives, the Democrat Nancy Pelosi, lamented: “For the second time in a week our nation is confronted with the epidemic of gun violence.” Action must finally be taken “to prevent this scourge from further devastating our communities”.

In the United States, there are regular fatal incidents involving firearms that are easy to buy there. The CDC health authority recorded a total of 39,740 gun fatalities in the USA in its latest statistics from 2018 – about 109 deaths per day. During the pandemic and social restrictions, bloody shootings had become somewhat less common. In view of the two serious attacks, observers complained about the return to gloomy “normalcy” in the USA within a few days.

There are calls for stricter gun laws after every major gun attack in the USA – but without any major success. The Democrats in the House of Representatives had recently started a new attempt to legally regulate that arms buyers are more strictly controlled. So far, however, it is not in sight that there will be the necessary majority in the US Senate. Many Republicans are critical of stricter gun laws. The gun lobby is very strong in the United States.

No Angels: Awesome sensation! Germany’s most successful girl band before...

Is the immediate treatment for corona coming soon?