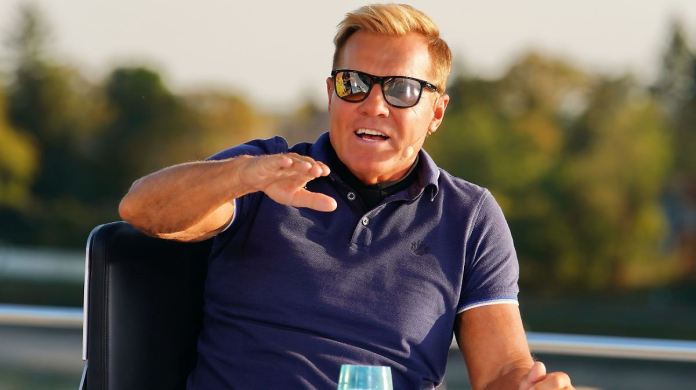 After the end of DSDS
Dieter Bohlen is planning something “big”

Shortly before the first DSDS live show starts on RTL without Dieter Bohlen, the pop titan speaks out on Instagram for the first time since leaving RTL and assures: He is very satisfied with the current situation. He could hardly save himself from offers.
Dieter Bohlen looks optimistically into the future after leaving “Deutschland sucht den Superstar”: “Of course I got a lot of offers, and of course you have to look a bit at what you are doing now,” said Bohlen in an Instagram video . He is very satisfied with the current situation. “I have big plans and you will hear from me.”

It was the first time that the music producer spoke up after leaving RTL. Shortly after the clip was released, the first “DSDS” live show without planks started on RTL. Show titan Thomas Gottschalk sat next to Maite Kelly and Mike Singer on the jury. “Titans can fall too, and that happened to Dieter. Of course we wish him to get up quickly. Get well soon,” Gottschalk said at the beginning.

“We would like to express our thanks to the current jury and in particular to Dieter Bohlen as long-time chief juror. With clear judgments and a keen sense for musical mainstream in the best sense of the word, he is instrumental in the long-term success of both shows. After almost two decades of mutual success, this is the right one Time for change and further development “, explains RTL entertainment director Kai Sturm about the restructuring.

DSDS first went on air in 2002. “Das Supertalent” flickered across the screens for the first time in 2007. Over time, the jurors changed over and over again in both formats, only Bohlen was always placed. The 15th season of “Supertalents” will start in autumn 2021, the 19th season of DSDS will take place on RTL and TVNOW from January 2022.

“Deutschland sucht den Superstar” can not only be seen on RTL, but also on TVNOW at any time. There is also more information about the program at RTL.de.

Francis is the first Pope to travel to Iraq

“Ever Given” accident: Decisive day on the Suez Canal

Replacement Christmas market in Stuttgart: two kinds of measure? Who...