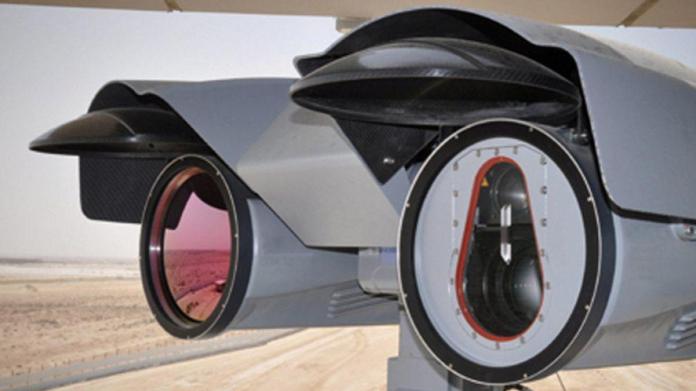 The armaments manufacturer Hensoldt was recently part of the Airbus Group. But now the companies are engaged in an expensive dispute over security technology for a large-scale project worth millions for the Saudi Arabian royal family.

SYou can spot a car or a person 20 kilometers away at night and read license plates halfway through. That is why these electronic binoculars are called NightOwl. They are developed and built in Germany. For experts, they are among the world’s best border surveillance systems, equipped with infrared and thermal image sensors.

Saudi Arabia, for example, decided in 2009 to secure its 9,000-kilometer external border with radar and technical night owls made in Germany. It was a huge project for the manufacturer Airbus. However, the billion-dollar order from then has long since become a problem.

The completion dates promised to the royal family in Riyadh cannot be met. One of the reasons for this is the ban on exports of military goods to Saudi Arabia, which the federal government imposed and repeatedly extended after the murder of the journalist Jamal Khashoggi, who was critical of the government. The Airbus balance sheets for 2019 and 2020 show losses and write-downs in the three-digit million range for the project.

Now, according to research by WELT AM SONNTAG, the problems lead to a bizarre million-dollar dispute over the technical night owls. It’s not a clinch between Airbus and the Saudis – as might be expected. But the quarrel between two companies that until recently were still one.

When the border security contract was signed in 2009, the Airbus Group, which was then known as EADS, still had an armaments electronics division. He sold them four years ago, and that’s how the sensor and electronics specialist Hensoldt came into being.

This company now produces the night owls – and now has to defend itself against a lawsuit by the Airbus group from which it emerged.

Because according to information from this newspaper, Airbus initiated an arbitration claim against Hensoldt for around 31 million euros plus interest. A good year ago. The supply contract was previously terminated without notice.

Allegedly it was, among other things, quality defects or inadequate manuals. By then, Hensoldt had delivered around three quarters of the special cameras for the border project and collected around 30 million euros from Airbus.

Airbus now wants this money back. Hensoldt defends himself. The termination is rejected as unjustified, complaints are described as unfounded. In return, Hensoldt filed a counterclaim for eleven million euros against Airbus.

“We demand that Airbus Defense and Space accept the commissioned cameras, spare parts and maintenance services and thus fulfill the contract,” said a Hensoldt spokesman when asked by this newspaper.

A hearing is expected in May

References to the dispute can be found in the recently submitted Hensoldt Annual Report 2020 and also in the prospectus of the sensor specialist, which went public in September 2020. The US financial investor KKR, who bought the business from Airbus, cashed in again with some of the shares. KKR is also a partner in the Axel Springer media group, to which WELT AM SONNTAG belongs.

The Airbus / Hensoldt dispute will not be fought before an ordinary court, but rather before the German Institution for Arbitration. V .. This has the advantage that negotiations can be held behind closed doors without being open to the public and no further instance can be invoked. So a decision can be made more quickly.

Hensoldt has just submitted his response to the Airbus lawsuit at the arbitration tribunal, it says on request. A hearing is expected in May.

“When the arbitration award is made is in the hands of the arbitral tribunal,” Hensoldt said. Airbus is reluctant to make public statements. “We do not comment on ongoing proceedings,” says a spokesman.

Should Hensoldt win, not only would a financial risk be eliminated. For CEO Thomas Müller, it would also be a victory over his former employer.

Business development last year went as planned. Due to many special factors, sales of 1.2 billion euros resulted in a loss of 65 million euros. It should be smaller this year. In 2021, the Federal Republic of Germany also wants to take part with a 25.1 percent share.

Sonia Perez and Christian Mentschik new to the Commvault team

The city of Dortmund reports more corona deaths than ever before

Hate content: Does Apple have to throw Telegram out of the...

Corona in Europe: chaos with and without vaccination | Currently...