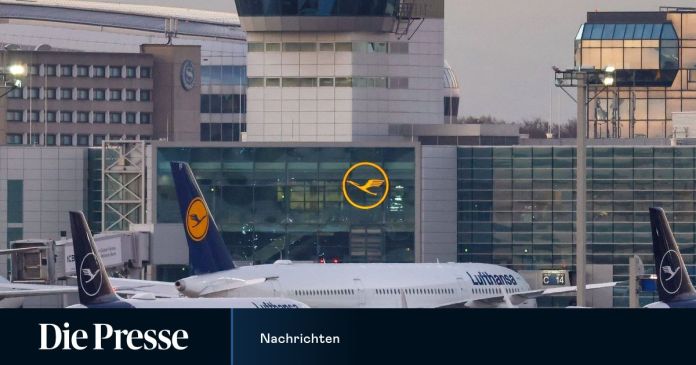 The slump in air traffic in the corona pandemic caused the Frankfurt airport operator Fraport a heavy loss.

With a decline in sales by more than half, the previous year resulted in a net loss of 690 million euros, as the company Fraport announced on Tuesday. The deficit exceeded the forecasts of analysts, who had expected an average of just under 590 million euros. Thanks to strong cost reductions, the MDax Group achieved an adjusted operating profit of 48 million euros.

“Air traffic was and is affected by the Covid-19 pandemic like hardly any other industry. But we see light at the end of the tunnel,” said Fraport boss Stefan Schulte. He expects a recovery no later than the summer, as the progress in vaccination and testing could make travel possible again.

The number of passengers in Frankfurt fell by 73.4 percent to 18.8 million travelers compared to the previous year. Passenger numbers also fell sharply at the international airport holdings. For the current year, the executive board expects a passenger volume in Frankfurt of less than 20 to 25 million. Group sales are expected to improve to around two billion euros and the adjusted operating result to increase to between 300 and 450 million euros. The bottom line is that Fraport expects another loss. With liquid funds, credit lines and financing of more than three billion euros, the company is well positioned to cope with the crisis and to continue investing. Fraport is sticking to the construction of Terminal 3 at Germany’s largest airport, even if the first gates are to go into operation in 2026 and thus later than originally planned.

The dividend for 2020 should be canceled again. Due to the crisis, the airport operator will cut around 4,000 jobs by the end of this year. Around 2200 employees have already left, mostly through partial retirement or with severance payments. The number of employees worldwide fell by ten percent to around 21,200.

This is how Berliners find out their vaccination appointment

She fought against the driving ban for women – and has...

New lockdown plan for Germany: That should be decided – and...