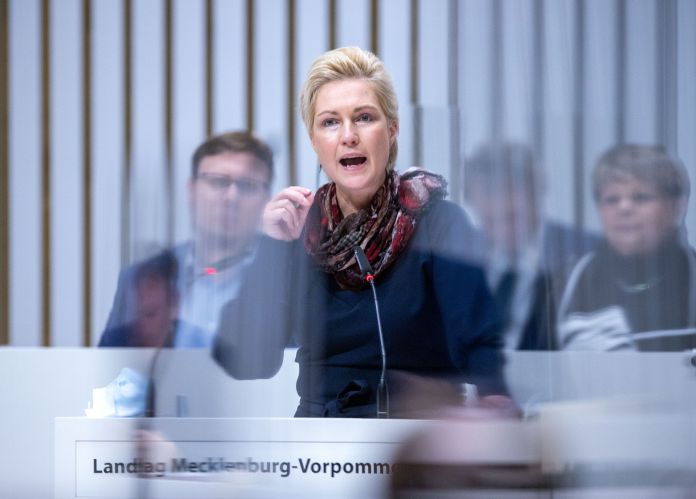 Schwerin – Mecklenburg-Western Pomerania’s Prime Minister Manuela Schwesig (SPD) accused the federal government of failing to sell amateur self-tests in supermarkets. Your country (around 1.6 million inhabitants) has ordered two million of these self-tests according to their information. “At this point I do not want to hide the fact that I am very upset that the federal government allows Aldi and Co. to sell self-tests and we do not get the self-tests delivered until mid-March,” she said on Saturday in Schwerin. On Saturday, lay self-tests came to the first supermarkets for use at home – and were immediately sold out. Aldi told the Berliner Zeitung that there would be supplies soon.

From Monday, according to the latest agreement between the federal and state governments, every citizen should be able to receive a free Corona quick test every week – but at the start this will probably not be the case everywhere. The coalition partners SPD and CSU blame Federal Health Minister Jens Spahn (CDU) for this and attack him hard. In the CDU, however, this is rejected.

The Rhineland-Palatinate Prime Minister Malu Dreyer also criticized the federal government for its approach. Dreyer told the newspapers of the Funke media group: “In mid-February, Health Minister Jens Spahn promised free rapid tests for everyone. And he claimed that he had contractually secured 500 million tests for Germany. That was a great promise and aroused very high expectations that he could not keep. “Your country has now procured tests itself, said Dreyer, who wants to win the state elections on Sunday in a week.

Free rapid tests are probably not available in all countries

However, the CSU continues to be dissatisfied. Your general secretary Markus Blume followed up with criticism of Spahn and told the “Bild am Sonntag”: “You cannot shift the responsibility for testing onto the countries and declare yourself to be completely incompetent.”

Free rapid tests by trained staff should be available from Monday in pharmacies, test centers and also from general practitioners. But Spahn has already pointed out that this will probably not be the case in all countries. The chairman of the General Practitioner Association, Ulrich Weigeldt, told Bild am Sonntag: “We don’t even begin to know when and to what extent these rapid tests are to be ordered by whom and to whom.” And: “What we cannot offer is a day the open door for everyone who wants to be tested spontaneously. “

Tests, along with vaccinations, are the means to prevent the spread of mutated coronaviruses and thus a third wave and ultimately to contain the pandemic. Baden-Württemberg’s Prime Minister Winfried Kretschmann suggested increasing the vaccination rate by relaxing the vaccination sequence. “We can in no way allow ourselves to leave vaccination doses,” he told the Frankfurter Allgemeine Sonntagszeitung. “I am therefore in favor of vaccinating in the doctor’s offices as soon as possible in addition to the vaccination centers and that the fixed vaccination schedule there is really only a recommendation, because doctors are used to prioritizing, and they should do so on their own responsibility do.”

The immunologist Michael Meyer-Hermann recommends prioritizing the vaccination groups according to the number of contacts they have. Vaccinating those with many contacts first “would have a much greater effect” than proceeding according to age, the expert from the Braunschweig Helmholtz Center for Infection Research told Tagesspiegel on Sunday. By vaccinating the older population first, the death rate was significantly reduced – but this is the group with the fewest contacts, and this has no effect on the epidemic.

Stuttgart: OB election could have a surprising winner

Lufthansa is preparing to lay off pilots

CoD Modern Warfare: Set up crossplay for PS4, Xbox One and...

Amazon share in red: Head of Technology – IT security big...

MG5 Electric and Marvel R: E-Kombi and SUV for Germany 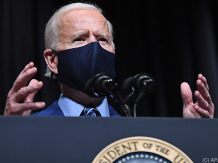