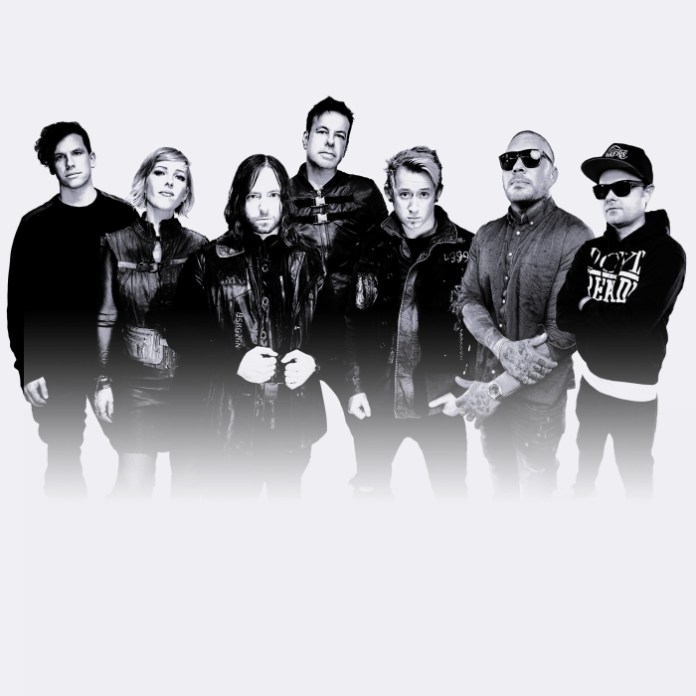 ALL GOOD THINGS have released a new version of their song “For The Glory” and brought Johnny 3 Tears and Charlie Scene from HOLLYWOOD UNDEAD on board. The track is an uncompromising victory anthem for all underdogs. With lines like “We celebrate with the city tonight / Hear the hometown cheer / It’s the ultimate high” the original has already delighted millions of listeners around the world and has generated over 100 million streams to date. The new feature version offers a foretaste of the new album, which will be released this year via Better Noise Music. “For The Glory (featuring Hollywood Undead)” is now available to stream or download HERE.

A new music video will be released today, directed by Wombat Fire. It shows excerpts from the upcoming horror thriller The Retaliators, which will be released this year via Better Noise Films. The song will also be included on the film’s soundtrack. The LA-based band began their career creating “monster rock songs” that were used in a variety of media formats including video games, TV productions, and films. They created and expanded their artist profile in response to their growing fan base who discovered their music in countless TV shows, video games, films and commercials around the world – including the popular video game Mortal Kombat, the 52nd NFL Super Bowl, episodes from Shark Tank, Criminal Minds, Vampire Diaries and advertising campaigns for Sony PlayStation. Little by little, more and more fans fell in love with the energetic rock songs and the demand for new music grew.

“That’s when we noticed: Wow, people really like it!” sums up Andrew Bojanic (guitar, vocals). “The music is inspiring and motivating”, adds Liz Hooper (bass, keyboards, vocals). “Our fans have refined the entire aesthetics, subject matter and imagery of our work through their feedback.”

“For The Glory” is an anthem about celebrating a hard-earned victory, against all odds, with all of the people around you who helped you get there. We are very moved to see so many people around feel connected to this song around the world since we first released it. We love collaborations and are very grateful to our friends Johnny 3 Tears and Charlie Scene from Hollywood Undead for participating on the song to take it to the next level. “

“It’s been an honor to work with one of the best rock bands today.” For The Glory “is a fantastic song and we’re happy to add our own style.”

Since ALL GOOD THINGS signed to Better Noise Music last year, they have more than doubled the monthly streams of their music. Their first single on BNM, the energetic track “Kingdom”, was praised by fans and critics alike. Accompanied by the dynamism of their ever-growing global fan base, the band is currently working hard on their next studio album, due out later this year.

Isabel Edvardsson keeps a pregnancy detail to herself

Brandenburg (Havel): Mother pretends to have “found” newborn babies “in the...

Judgment on Ramstein Airbase: Germany does not have to stop US...