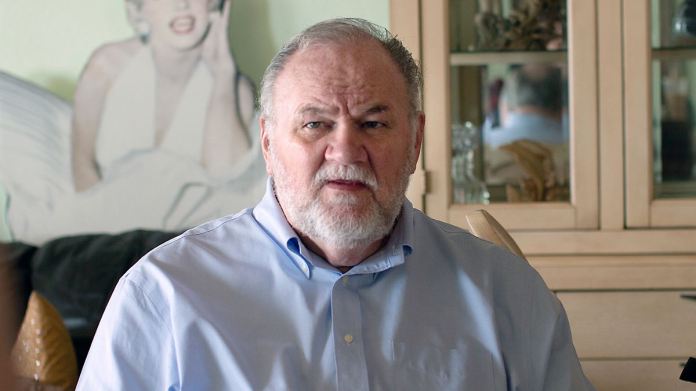 The interview with Duchess Meghan and Prince Harry not only shakes the British royal family. Thomas Markle, the 39-year-old’s father, is also mentioned negatively. Apparently he would like to answer it in public.
Thomas Markle doesn’t seem to be over his daughter’s interview with US talk show host Oprah Winfrey. The fact that Duchess Meghan accused him of treason apparently troubles him. The British tabloid “The Sun” now reports that he too wants to describe his point of view in an open conversation. Pictures published by the paper show Markle in front of the talk show host’s home in Montecito, California.

What was the 76-year-old doing there on Thursday? An unnamed insider told The Sun, “Thomas handed a letter to Oprah asking her to contact him so he can tell his side of the story.” Markle handed the letter to a security guard in front of the house. The newspaper published photos showing Thomas Markle appearing to hand a security guard a letter.

The message “wasn’t for Meghan and [Prinz] Harry, but intended for Oprah “. Markle, the source says,” saw the interview […] and thinks he deserves a chance to speak his mind. “Meghan’s relationship with her father is considered shattered and even resulted in a lawsuit over private letters that were published against her will.

The interview with US star presenter Oprah Winfrey made waves in Great Britain. Among other things, Meghan said that during her first pregnancy there were “worries and discussions” about “how dark his skin may be when he is born” in the royal family with regard to their unborn child. Thomas Markle then defended the Royals against the allegations. “I don’t think the British royal family is racist,” said Mexico-based Markle, two days later on British broadcaster ITV.

Meghan feels betrayed by her father

Meghan said of her parents in the interview that she would do everything possible to protect them. However, she feels “betrayed” by her 76-year-old father because he feeds the tabloid media with information. British media had published a letter from Meghan to her father in August 2018, in which she asked him not to speak frankly with the media.

Thomas Markle told ITV: “I am very disappointed. I have apologized for it at least a hundred times.” He regrets giving private information to the press. “But nobody took the time to protect the members of our family” who were “attacked daily by the press”. In the interview, the father of his daughter Meghan and Harry offered to resume the thread of the conversation and meet. If he hears from the couple directly, he will also stop talking to the media, Markle announced.

The interview with Oprah contained many other explosive statements. The 39-year-old said that she had suicidal thoughts because of the constant negative media coverage and that a high-ranking palace representative had denied her psychological help out of concern for the image of the royals. Prince Harry said he felt “abandoned” by his father Charles.

The couple had turned their backs on royalty last year and now live in California with their son Archie. In summer they are expecting their second child, a girl. Your comments about the oppressive structures at court and possible racism could have repercussions on the British monarchy. The Queen heads the Commonwealth, a union of 54 states, many of them in Africa. The population structure of Great Britain has changed since she ascended the throne in 1952, with the number of people with a migrant background growing steadily.

Celebrities in the flash – Vorarlberger Nachrichten

Series: What is sacred to me !: Artist from Esslingen speaks...

Signal: How to switch from WhatsApp 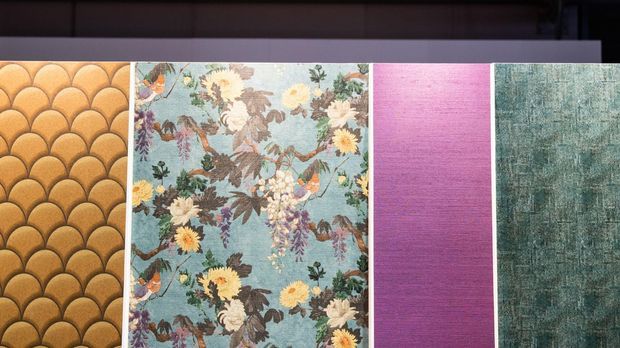 Inbox: Palfinger – the agreement to dissolve the cross-shareholding is rated...