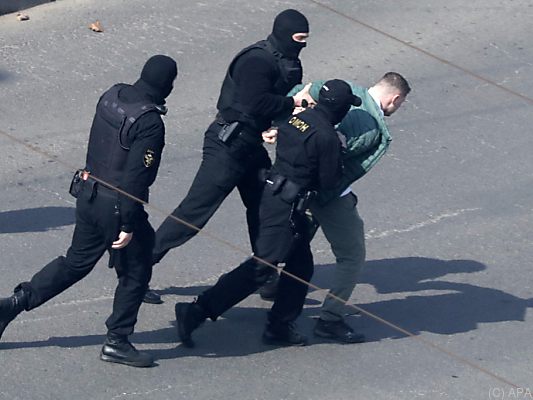 According to human rights activists, at least 245 people were arrested in new protests in Belarus against ruler Alexander Lukashenko. According to the Wesna Human Rights Center on Sunday, most of the arrests were in the capital Minsk. The authorities had previously spoken of more than 100 arrested. The opposition had announced major protests for Saturday.

Photos and videos showed that people only walked the streets in small groups or alone. The opposition wrote in the news channel Telegram that it had not been possible to mobilize many people. The police were represented with a large number, especially in Minsk. Many prisoner transports could be seen. The media reported indiscriminate arrests in the streets and squares.

There had been no major protests over the winter – also for fear of police violence. It was not until Thursday that hundreds of people took to the streets against Lukashenko for the first time on the so-called Freedom Day. The authorities said there were more than 200 arrests. It was also investigated against motorists who honked on the street out of solidarity with the demonstrators.

Schalke in crisis – but fans give goose bumps with THIS...

OnePlus camera will come from Hasselblad in the future

Weekly review and outlook: The new GeForce RTX 3060 Ti is...