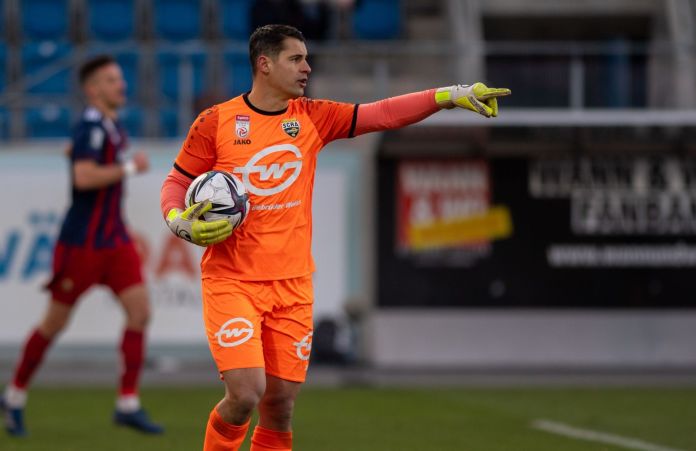 Martin Kobras completed his 15th season outing against Wolfsberger AC on Sunday, whereby the expiring contract of the long-serving SCRA professional was automatically extended to the end of the 2021/22 season. Kobras is entering his 13th season with the Altachers.

Kobras moved from SK Sturm Graz to CASHPOINT SCR Altach in summer 2009 and has since played 345 competitive games for the club. After playing professional games, the 34-year-old is Altach’s record player.

Christian Möckel, Sports Director: “In addition to his great merits for SCR Altach, Martin Kobras plays an important role in our team, both as a player on the pitch and as a personality in the dressing room. He shows consistently strong performances and we are happy that he will also be under contract in Altach in the coming season. ”

Martin Cobras: “The SCR Altach is my heart and soul and it makes me proud to have been able to wear this jersey for such a long time. Of course, I hope to be able to play again in front of our fans in the CASHOINT Arena soon and together with the team I will do everything to ensure that the SCR Altach is first class in the coming season.