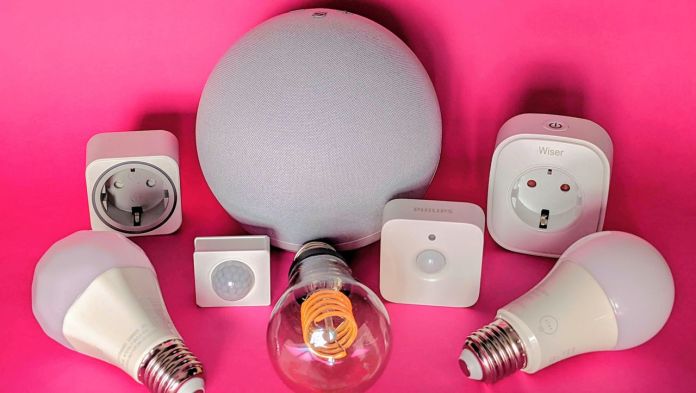 For the current Echo (click here for the test report), Amazon advertises that the smart speaker can be used as a control center for many smart home components thanks to the integrated Zigbee hub (also called Zigbee gateway or Zigbee bridge). The same applies to the Echo Plus, Echo Show and Echo Studio. At least for smart devices that use this radio technology – for example the well-known Hue lamps – you no longer need to connect an additional hub to your router.

“Techstage” has tried out how well Amazon’s smart speakers are suitable as a replacement for the hubs of the various manufacturers, how well lamps, sockets, thermostats and motion sensors from different suppliers work with the smart speaker.

The integrated Zigbee Hub is intended to take away the fear of the supposedly complicated setup of new components, especially for smart home newbies. For this you have to accept that some devices do not offer the same range of functions as the hubs offered by the respective manufacturers for their systems.

Connecting smart home devices to the Echo is usually easy. To do this, you first put the respective device in pairing mode. With Philips Hue and many other smart Zigbee lamps, this is activated by switching the lamp off and on again several times. More details can be found in the instructions for the devices.

The products recommended here were selected subjectively, but editorially independently. Via the so-called affiliate links in the text, the publisher, but never the author individually, receives a small commission from the dealer for sales.
Then you either give Alexa the verbal command to search for new devices, or you press in the Alexa app under the tab equipment the plus symbol. Now the system searches for new components for 45 seconds, which can then be assigned to a room or a group.

By default, these are then called, for example, the first light or the umpteenth motion detector and also respond to this name by shouting. However, this can be changed as required in the Alexa app.

Smart light is arguably the most widespread use case for smart homes. In conjunction with a voice assistant from Amazon, Google or Apple, this increases convenience in some cases significantly. Thanks to Zigbee, many lamps connect directly to an Amazon Echo even without a manufacturer hub. The same applies to many lamps with Bluetooth.

We have been able to connect current and older Philips Hue lamps with an E27 base (that is the large thread) to the Amazon Echo without any problems. Their most important functions, such as on / off, dimming and color selection, can be used straight away via the Alexa app and voice control. For special functions such as the synchronization of the lamps with the TV picture, however, you need the Philips Hue gateway. The lamps also only receive updates via the Philips gateway.

We also tried the lamps from Yeelight, Osram Lightify and Müller-Licht. They connect with ease and work. In the Alexa app, under the option “Add device> Lamp”, lamps from Innr, Lifx, Nanoleaf and Xiaomi, among others, are also specified. Nevertheless, Zigbee is no guarantee that the lamps actually work with the echo, like the Aqara lamps, for example.

Price comparison for Zigbee lamps with E27 base

Zigbee sockets and power strips also connect directly to compatible Amazon Echos. We tried this with the Philips Hue Smart Plug and the Müller-Licht power strip Tint Smart Power Strip. The echo recognizes the systems immediately and regulates them without any problems.

Just like lamps, such smart sockets can be switched on, for example, according to a schedule. For example, you can switch the Christmas lights on at sunset and off again at midnight. Control via other sensors or voice commands is also possible. The big advantage of such sockets is that they can be used to integrate devices into the smart home that are actually not smart.

The most popular motion detectors with Zigbee radio include those from the Phillips Hue range. However, at a good 30 euros each, they are also quite expensive and can be easily connected to an Amazon Echo via Zigbee, but then do not trigger when they detect movement. They cannot be used without a Hue Bridge from Philips.

This also applies to some Zigbee motion detectors from other manufacturers. With the solutions from Aqara and Ikea, it can also happen that they can be connected to the echo, but then ultimately have no function. With this device category, you are only on the safe side if you use the manufacturer’s hub for control instead of an Amazon Echo.

The situation is different with the Sonoff Zigbee Motion Sensor. At 17 euros, it costs only about half, connects to the Echo and then works reliably.

The Spirit Zigbee thermostats from Eurotronic show why it is not always a good idea to connect smart home devices directly to the Zigbee hub in the Amazon Echo. The connection works without any problems. The functions were also initially given. Until Amazon decided to cut important interfaces with an update at the end of 2020. Since then, it has no longer been possible to create routines for the smart thermostats. They also no longer respond to voice commands for temperature setting.

The hands of the manufacturer Eurotronic are tied. The full range of functions of your thermostats depends on Amazon approving the necessary interfaces. Eurotronic assured us in November 2020 that Amazon was working on the problem “with the highest priority” and that it would be solved in two weeks. Nothing had happened until the publication of this guide at the end of March 2021. The Spirit Zigbee therefore fail, despite a basically good idea, they can no longer be recommended.

Connecting your smart home devices to an Amazon Echo via Zigbee can be a good idea. For example, the affordable motion detectors from Sonoff impress us. We have also had good experiences with lamps from Philips, Osram and Müller-Licht.

The case of the smart thermostats Spirit Zigbee shows, however, that it can be quite dangerous to rely on the connection to the Echo when installing a smart home. It can happen at any time that Amazon changes something in the software and thus makes third-party products unusable.

This is less critical for devices from Philips Hue, for example. Here you simply buy the corresponding Hue Bridge, which is guaranteed to work. It becomes difficult with components whose manufacturers do not offer their own hubs, as the case of the Spirit Zigbee shows.

That is why the Zigbee hub integrated in some Echo models can be seen as a simple introduction to the smart home world. With a few lamps and sockets, you can try out relatively cheaply whether this technology is actually something you like. If you want more afterwards, you should buy the hubs from the respective manufacturers in order to be able to exploit the full range of functions of their devices.

1 in Regensburg becomes the trainer

“Who Wants to Be a Millionaire?” – Candidate may run a...

Where are the Berlin craftsmen ?: The million dollar construction site...