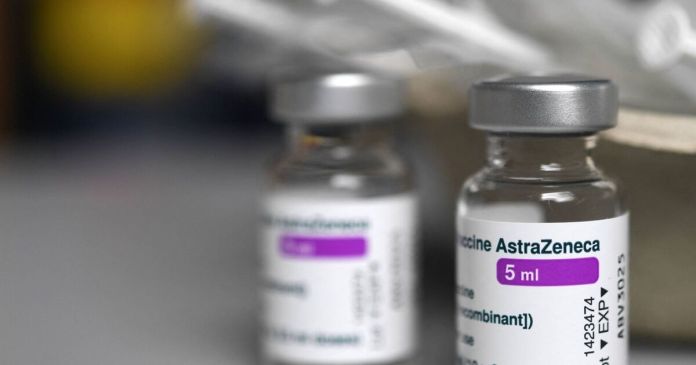 The NIAID had stated that it was important to ensure that the most precise and up-to-date data set on effectiveness was obtained as quickly as possible. AstraZeneca announced an immediate collaboration with the relevant control body. An initial analysis of the latest data will be presented within 48 hours, the company said. The data published on Monday came from an interim analysis that took into account the data available up to February 17.

According to the results of the US study, which also includes data from Chile and Peru, the vaccine is significantly more effective than previously determined and does not lead to an increased risk of thrombosis. Accordingly, the vaccine is 79 percent effective in preventing symptomatic Covid-19 infections and one hundred percent effective against severe disease and hospital admissions.

“If you look at it, the data is really pretty good,” said Fauci. In the press release, however, they were “not entirely accurate”. Fauci added that the back and forth was “unfortunate” and only added to public doubts about vaccines. The US health authority FDA will review all data independently for approval of the vaccine in the US and not rely on a single interpretation, including that of AstraZeneca.

The Tübingen infectiologist Peter Kremsner spoke of an “extraordinary act”. “The negative reports about this vaccine do not stop there, although my assessment is that it is well tolerated and safe, but clearly less effective than the two mRNA vaccines,” he said, referring to the Covid 19 vaccine from BioNTech / Pfizer and Moderna.

AstraZeneca plans to file an application for emergency approval for the vaccine in the United States in the coming weeks. To date, the product has received approvals in more than 70 countries around the world. In several European countries – Austria was not among them – vaccinations with AstraZeneca had been temporarily stopped last week after reports of cases of very rare blood clots. But they have since been resumed. The European Medicines Agency (EMA) as well as the World Health Organization (WHO) spoke out in favor of sticking to the vaccine.

EMA chief Emer Cooke told the European Parliament on Tuesday that the agency would receive the data from the US study from AstraZeneca. “We will adjust our assessment if new information has to be taken into account.” The EMA granted the vaccine conditional marketing approval in January based on study data from the United Kingdom, Brazil and South Africa. It showed an effectiveness of around 60 percent after two doses. According to studies, the Covid-19 vaccine from BioNTech has an effectiveness of 95 percent, that of Moderna a good 94 percent. In January there was also a dispute between the EU Commission and the company over the agreed delivery quantities.

Price slide after record high: is Dogecoin in a correction or...

Biden administration – top meeting of the USA and China: diplomacy...

Schalke: Matondo & Kutucu should go in winter – interest from... Health – Kiel – Stricter corona measures in the north at...