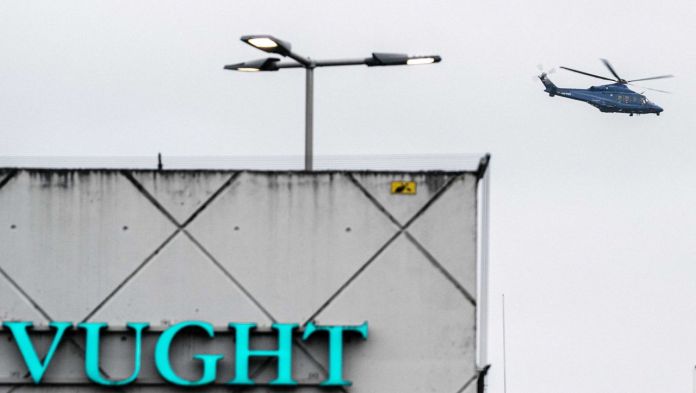 Under massive police protection, the main trial in one of the largest murder trials in the judicial history of the Netherlands began on Monday in Amsterdam.

16 alleged members of a gang of the Rotterdam drug mafia have to answer before the high-security court, which is only called “De Bunker” – among other things for sixfold murders and several attempted murders. Another suspect is still in extradition detention in Colombia.

Snipers are said to have taken position, while supporters of the accused on the street urged a fair trial.
The main culprit in the mammoth trial, which is likely to run until 2022, is 43-year-old Ridouan Taghi, who is feared as an unscrupulous underworld boss. The alleged head of the internationally operating “Marengo” gang was on the list of the most wanted criminals of the European police authority Europol for a long time. He was arrested in Dubai in December 2019 and brought to the Dutch judiciary.
The public prosecutor’s office accuses Taghi of having run the criminal organization “like a well-oiled killing machine.” He is said to have been involved in all six murders in the process. The victims were either adversaries from the drug milieu or gang members suspected of being police spies.

Two other murder cases are related to the trial, but are dealt with separately: shortly after the criminal case was formally opened, the brother of key witness Nabil B. was shot in Amsterdam in March 2018. B.’s lawyer was also the victim of an assassination attempt.

Taghi did not want to comment on the allegations “for the time being” on Monday. Even during his interrogations by the police, the alleged drug millionaire mostly remained silent, reported the Dutch news agency ANP.

Lewandowski is World Footballer of the Year 2020

Parliament decides: No leases for shops and restaurants

Rapid 1-0 against Admira in the league break