NEW YORK (dpa-AFX Broker) – The analysis company Jefferies sees room for improvement in the papers of established carmakers even after the last good run. In an industry study published on Monday, analyst Philippe Houchois expressed his conviction that the established car companies will defend themselves in times of the transition to electromobility and that the valuation of their shares can increase even further against this background – albeit not to the level of the technology leader Tesla.

Houchois recalled his study from December and was surprised at how little had been priced in so far, even if individual stocks such as General Motors or VW had already left their historical average. Many stocks are pricing in excessively high capital costs, but the prospect of a cyclical recovery should ensure that the necessary spending stabilizes proportionally.

With the exception of Tesla, the expert raised his course targets for the major European and American car companies. His optimism also leads to two buy recommendations: on the one hand for BMW ordinary shares and on the other hand for VW benefits. In the case of the Munich car manufacturer, investors have not yet recognized how it is shaping the trend towards electromobility in a capital-efficient manner. At the same time, the “New Class” series of ethical criteria (ESG) models are moving more into focus.

He also sees the Wolfsburg-based papers positively, even after they have recently picked up particularly strongly. For a long time, investors had justified doubts about the company’s management and underestimated the passion with which management is shaping change in the industry. The group has impressed in the past few weeks with a news package about its strategy and goals – including a possible Porsche IPO.

In addition to VW and BMW, Houchois continues to give buy recommendations for shares in Daimler, Ford and Stellantis. According to the “Buy” rating, Jefferies expects the stock to achieve a total return (price gain + dividend) of at least 15 percent over the twelve-month period. For Tesla, General Motors and Renault, the expert only has one “hold” left. This means that a total return of up to 15 percent, but also a price loss of up to 10 percent, is considered possible./tih/ag/fba

The small cantons bottomed the corporate responsibility initiative – now the...

“Seriously believe that $ 100K is possible this month” 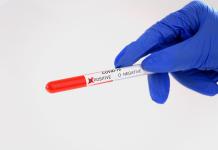