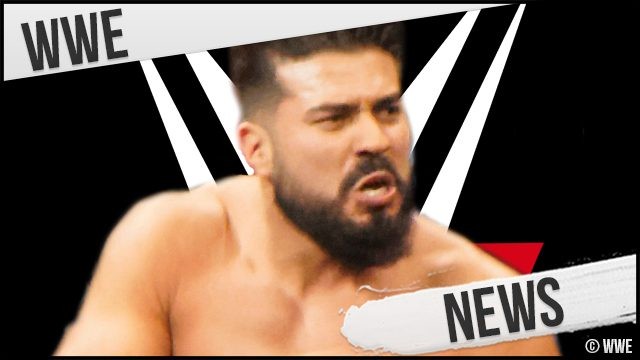 – After his dismissal from WWE a little over a week ago, Andrade spoke for the first time in an interview with “Lucha Libre Online” about his departure and his time at the market leader. Here are a few highlights.

* Charlotte Flair was removed from all “WrestleMania 37” graphics a few weeks ago because a WWE doctor had incorrectly told her that she was pregnant and therefore would no longer receive ring clearance for the time being. After my own pregnancy test, an ultrasound scan and a blood test, it turned out that this is not the case. The doctor then corrected his diagnosis, but WWE had already changed plans for “WrestleMania 37”. Charlotte Flair representatives have now confirmed this story to Alex McCarthy (talkSport). The doctor had measured an increased HCG level, which often indicates pregnancy.

Charlotte Flair’s camp have reached out to me with a statement to provide context for Andrade’s comments about her pregnancy tests. pic.twitter.com/ZRxBpAHqzd

* The same doctor who diagnosed Charlotte as being pregnant was the one who diagnosed Andrade with illegal substances in early 2020, whereupon Andrade was suspended for 30 days. This bothered and annoyed him very much.

* Andrade also revealed that he, too, tested positive for COVID-19 the week before he was released. Fortunately, his symptoms were mild.

* According to Andrade, Charlotte had also been pressured to return early from her injury break. According to this, she received a call from WWE almost every week, in which it was made clear that she urgently had to return. Charlotte was still a long way from being fit and turned it down.

* Within WWE, many women are jealous of Charlotte. Many see her only as the daughter of Ric Flair and not the good wrestler who earned her spot. Many female wrestlers complain that Charlotte gets so many chances and are annoyed when their own matches are cut short at the last minute.

* Both his colleagues and the producers were surprised that they just stopped using him. One reason he was accused of lacking English skills, but the Mexican pointed out that with Brock Lesnar and Asuka it wasn’t a problem if they didn’t speak themselves. Both himself and Garza Jr. speak English and have not been pushed, as have Ricochet, Kalisto and Aleister Black. When Randy Orton spoke to him backstage a few weeks ago about why he is no longer used, Andrade decided to ask for his release. That was a little over two weeks ago.

* His WWE contract was a multi-year deal that would have earned him at least $ 7 million over the entire term. He thanked Vince McMahon in an interview for the great contract and assured that he was not mad at the chairman either.

* Andrade also commented on the now notorious incidents in November 2019 in Saudi Arabia. Back then, a plane carrying WWE Superstars was prevented from leaving the country by the Saudi Crown Prince after a previous dispute with Vince McMahon over outstanding payments. After the incident, Andrade decided that he would never travel to Saudi Arabia again. He immediately skipped a meeting in which the officials wanted to talk to the talents about the incident. He spoke directly to Vince McMahon and the chairman informed him that this was only an isolated incident.

Covid-19 situation in Upper Austria: 262 new infections (as of January...

How to best discuss with conspiracy believers

Education – Stuttgart – Ministry does not want to distribute masks...