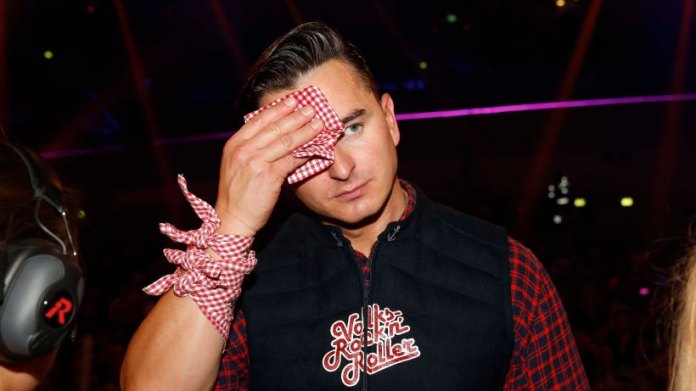 That should be the fans of Andreas Gabalier not happy at all. they have to be very strong now. Because the “Volks-Rock’n’Roller” made a big announcement on Tuesday that not every die-hard music fan should like.

The singer will not be on the big festival stage in Munich in July as intended. Andreas Gabalier now has completely new plans.

He’s now announcing the news on Instagram: His Fan Festival, which should take place on July 31, 2021 on the open-air grounds of Messe München, will be postponed. “‼ ️NEW DATE for my FAN FESTIVAL in MUNICH‼ ️”, wrote Andreas Gabalier and posted on August 6, 2022. So over a year later!

Andreas Gabalier: Doubtful Corona statement – “Much too much injected”

His followers don’t have to worry about tickets that have already been sold. Because Andreas Gabalier adds this important information: “Of course, all tickets continue to be valid and are now available again at all known advance booking offices !!”

Andreas Gabalier has not had an easy time in the past few weeks anyway. Because Jan Böhmermann worked on the Austrian in his ZDF program. Gabalier was beating down on all sides. However, in part no wonder, the singer was also noticed with a dubious Corona statement.

This is what Andreas Gabalier says about his image

Andreas Gabalier’s image is not necessarily the best. Again and again he has to be accused of excessive national pride. Now he has commented on it himself >>>

The DSDS-Aus from Dieter Bohlen triggered a real tremor in the media industry. After all, the pop titan has been in front of the camera for the RTL casting show since the first second. Now his successor speaks up!

EU fines Valve and other game companies in the millions

Prostitution: My years as a prostitute – Berliner Zeitung

Do Leander & Melissa treat themselves to their own apartment?

Traffic Index 2020: Covid-19 does not slow down traffic everywhere

Corona: First federal states are breaking out and loosening rules for...

Coronavirus in Germany: Spahn expects vaccinations to start at the turn...