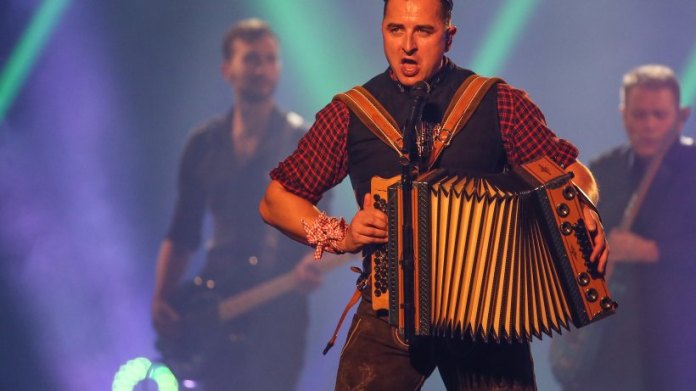 Bitter news for the fans of Andreas Gabalier. they have to be very strong now. Because the “Volks-Rock’n’Roller” made a big announcement on Tuesday that not every die-hard music fan should like.

The singer will not be on the big festival stage in Munich in July as intended. Andreas Gabalier now has completely new plans.

He’s now announcing the news on Instagram: His Fan Festival, which should take place on July 31, 2021 on the open-air grounds of Messe München, will be postponed. “‼ ️NEW DATE for my FAN FESTIVAL in MUNICH‼ ️”, wrote Andreas Gabalier and posted on August 6, 2022. So over a year later!

+++ Andreas Gabalier: Doubtful Corona statement – “Much too much injected” +++

His followers don’t have to worry about tickets that have already been sold. Because Andreas Gabalier adds this important information afterwards: “Of course, all tickets continue to be valid and are now available again at all known advance booking offices !!”

Andreas Gabalier has not had an easy time in the past few weeks anyway. Because Jan Böhmermann worked on the Austrian in his ZDF program. Gabalier was beating down on all sides.

Goodbye Germany: Mourning for emigrants: The audience had to say goodbye...

Full closure of the A8 near Pforzheim – SWR Aktuell

Energy in Germany will be more expensive for many next year...