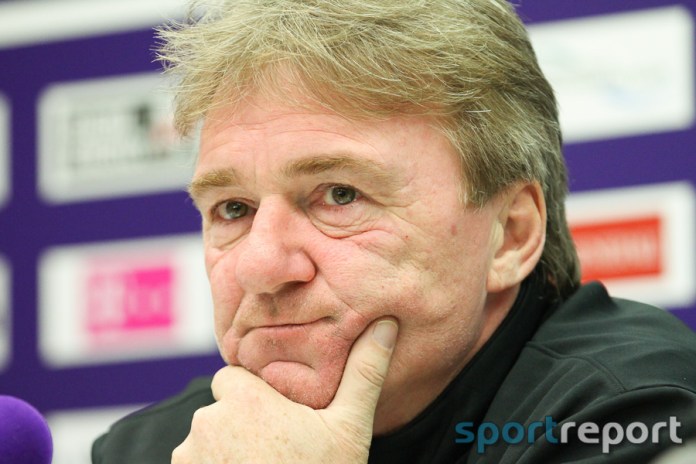 All votes on “DAB | The audio evidence “

Andreas Ogris (legend FK Austria Wien):
… About the current situation of Austria and the chances of the Viennese at the championship round: “I see with mixed feelings that Austria is still developing a bit despite everything and that it still has the chance to get into the top 6. But it will of course be very difficult: The big Viennese derby is just around the corner, then Sturm away and WAC at home – that’s not an easy rest of the program. So it will be difficult, but of course I’ll keep my fingers crossed. ”

… About possible mistakes Austria made in recent years in sporting and financial terms: “It is actually not my place to talk about the mistakes, but it is obvious that some have happened because Austria is so bad now, not just because of the pandemic standing there, but they were already in such a bad position beforehand. That means: we made mistakes. We made mistakes in the transfer policy. You will probably have taken on a bit with the construction of the stadium, although that was necessary and we put up a ‘jewelry box’, that has to be said. But we overcame ourselves a little bit and that’s just coming back now. ”

… about the current situation at Austria around the new investor: “Now we are dependent on an investor who pours in money quickly, because otherwise we would probably have had problems with the licensing process and subsequently with staying in the Bundesliga . So you have to be happy to get one like this. How the division will then be, regardless of the decision-maker or decision-maker, I don’t know. I just want Austria not only to be successful in terms of sport, but also to consolidate itself financially and to find a safe haven. ”

… about the future of Peter Stöger and Markus Kraetschmer at Austria: “I think Peter has already made it public that he would like to make a decision by mid-March on how to proceed with him. My level of knowledge is that Markus Kraetschmer will also stay. But in which position, I can’t say. Once again: Something has to change at Austria, of course, because you can’t just go back to the agenda, you have to take the right steps there – it doesn’t matter whether the new investor does this or whether you clarify it internally . Something has to happen because the way you worked recently, it was not crowned with success. ”

… about his dismissal from Austria at the time: “These decisions that you will be dismissed as a coach are normal in the machine. If you can’t handle it, then it’s best not to do it at all. That’s so. I cannot understand the statements that have been made, why and why. And with that, this topic has already been dealt with for me. I didn’t say anything for a long time anyway, but at some point it became too much for me and then I had to say something about it because, in my opinion, mistakes have happened in many areas that shouldn’t happen to Austria. And when people decide about the quality of football in players who have no idea about football, then you shouldn’t be surprised that you are where you are. ”

… About the 332nd Wiener Derby on Sunday: “It’s completely open who wins the game because it doesn’t matter who is where in the table or who is in a good mood where. So many things have happened in the derby that the serious outsider poured one into the big favorites. So I’m looking forward to the match. I hope it will be an interesting, exciting and good football game – that would be very important. It’s a shame that we don’t have any spectators because the derby always creates a very special atmosphere. You can already tell a little on the street – not as extreme as it used to be – that the city is a bit divided into two halves and one is Rapid, the other is Austria. If you run around in the Augarten in the morning, then they’ll come out again with the Rapid-Leiberl and the others with the Austria-Leiberl. You notice that the derby is coming up, it’s crackling, and the media coverage is a bit more present. ”

… About the ex-Rapid player Zlatko Kranjcar, who died on Monday: “Zlatko Kranjcar was not only an outstanding soccer player, but also a real personality and, above all, an extremely personable person. He was very down to earth, very calm, but kind of personable. And of course he was an exceptional talent on the soccer field. I can’t remember many in Austria who kicked like him. Of course we also had some ourselves: we had Herbert Prohaska, we saw Tibor Nyilasi in Austria, we saw Mario Kempes, we also saw Alfred Tatar. (…) But Zlatko Kranjcar was an exceptional talent. And so I am extremely sorry that he unfortunately leaves us too early. ”

Alfred Tatar (TV Expert):
… about the close battle for places in the championship group: “On the one hand, these analyzes have to take into account who is still playing against whom in the remaining three rounds. Second: What is the score now including the goal difference. Of course, the WAC is a little ahead of the curve, because you simply have more points in your account. But the third is perhaps the most important thing from my point of view: What is the current shape, the so-called momentum. And from all those involved, I can see at the moment that it is actually best at Wiener Austria together with Hartberg, while it is now a bit more difficult for the WAC and the WSG in this regard. Therefore: If you add up all these factors, you can say: You don’t know anything exactly. ”

… When asked what position he could imagine Andi Ogris in at Austria: “I think that a man like Andi Ogris, who actually knows professional football from the bottom up – as a player and then as a coach – is exactly the right person Man would be for this interface between amateurs and combat team. There, where the training content is not taught so much, but on a personal level, i.e. in learning to understand what professional football means. A man like Andi Ogris could do that extremely well. That is why I believe that there is untapped potential here that Austria should perhaps take advantage of. ”

… About the ex-Rapid player Zlatko Kranjcar, who died on Monday: “I often went to Café Anzengruber in the 4th district with him. We sat at the table and chatted about football. (…) He was a top person, friendly, courteous, really great. And as a player of a size you don’t see that every day. Blochin, Kempes and whoever played everything with us, including Panenka, for example. I think you can almost put him in this row. ”

DAB | The audio evidence is the football and sports podcast from Sky Sport Austria. Commentator Otto Rosenauer discusses the Tipico Bundesliga, the ÖFB team, Austria’s legionnaires and international football, such as the German Bundesliga, the Premier League, the UEFA Europa League and the UEFA Champions League with moderator Martin Konrad, TV experts and guests.

The latest episode is now available for free on skysportaustria.at/podcasts/dab-der-audiobeweis/ as well as available on the popular platforms Spotify, Apple Podcast, Google Podcast, FYEO and Deezer

Around 6000 Austrians have already been vaccinated against Corona

Disobedience is supposed to bring the Myanmar military to their knees...

Austria’s hurdles on the way to the World Cup should not...