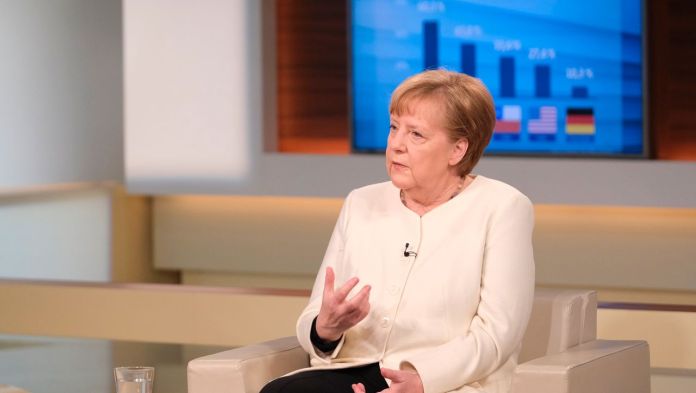 With her apology on Wednesday in the Bundestag, Angela Merkel was able to win over large parts of the population from the standstill – and with her appearance on Sunday at Anne Will, she lost it again just as quickly. In a breathtaking speech in the middle of the week, the Chancellor took responsibility for the misconduct in the corona crisis in just a few words. In the grueling talk she tried to push back this responsibility with all the more words.
After the Mea Culpa of the human Angela, the meandering of the power man Merkel followed. The talk show turned into a tactical debacle; to the lesson about how to disassemble yourself as a politician, although the moderator provides one template for self-declaration after another
When Will asks at the beginning of the program whether she apologized to Merkel on Wednesday for having reached the end of her authority and capacity to act, the Chancellor replied curtly: “No.” As Will later suggests, possibly greater power over the Infection Protection Act Merkel does not rule out the possibility of pooling with the federal government in order to get the solo efforts of the princes under control, but neither does she want to be too specific: “We always need the federal government and the states together.”
But this unity just doesn’t come together. Will quotes critics who speak of the meetings between the federal government and the prime minister, which often end in chaos, as “organized irresponsibility,” and Merkel then apparently believes that she can really hope that the wrestling parties are on the verge of a common solution with the following words: “We have everything ready, but the question is: Do we come to the same conclusions?” A head of government between oracle and powerlessness.

It goes on like this for a whole hour: Will drill, Merkel blocks. If the moderator asks specifically, the politician digresses. Apparently also because she just can’t think of any answers. At one point, with almost touching openness, she said that she would like to think a little more about possible solutions. Not for weeks, but a few days.

Anne Will is a critical but very polite interviewer this Sunday. Actually ideal for Merkel, who, after apologizing, needs exactly this kind of follow-up in order to allow public self-discovery to follow her public self-flagellation. But the kowtowing is only followed by the usual power-political petty-petty. Where on Wednesday Merkel stood protectively in front of the heads of the countries who had not covered themselves with fame either, she is now pushing the gentlemen forward again to make them look even more stupid. A classic Merkel move.

The state government of the capital is hesitant to relax? The Chancellor warns: “I really don’t know whether testing and strolling, as is done in Berlin, is the right way.” Isn’t North Rhine-Westphalia tightening the safety measures despite an incidence value well over 100? Merkel thinks: “We have the emergency brake. We have sworn on our feet to keep them. Unfortunately, it won’t do that everywhere. ”So she blames the failure on the federal system and its representatives, which simply cannot be overturned.
A lot of political science, little self-criticism, hardly any concrete solutions – interviewer Will wrestles with the words in view of the poor performance at some point. In the meantime, she even uses comic language to wrest a flash of inspiration from Merkel in the style of Daniel Düsentrieb. According to the presenter, she believed that Merkel would deliver more on the show – according to the motto: »Dang! I’ve found the Philosopher’s Stone. “But the Chancellor is not in jet mode tonight and says:” The Philosopher’s Stone does not exist. ”

What does the population want?

In order to counteract constructively, Will refers to Portugal, where a much more massive danger situation has been acted upon very wisely: In Portugal, the incidence value in January was still over 800 in some cases and has since been pushed down to 29 – although the country fell from early the more dangerous British Corona variant had been afflicted. The key to success was a consistent shutdown of contacts.

But that’s exactly what Merkel is obviously very afraid of; During the conversation, she repeatedly refers to the population that you have to take with you and not just patronize. Merkel: »In a democracy this is not done par ordre du mufti, but through conviction. Otherwise one says: What kind of authoritarian chancellery is that? ”

But what does the population want? In her panic of just not appearing authoritarian, Merkel may have lost her sense of what people are ready to do. She repeatedly referred to their tiredness in pastoral care without drawing any political conclusions from it. It is true that you can only enforce what the majority of the population supports. But most of them are ready for tough measures. Anne Will cites a survey according to which 31 percent of respondents approve of the current measures – 36 percent call for even tougher measures.

Sure, the people are through, they can no longer. But maybe they are still more alert than Angela Merkel is able to perceive in her own tiredness.

Chelsea FC: Danny Drinkwater looks red after a breakout at U23

Brazil: Thousands flock to the beaches of Rio despite the high...

Trump supporters on the way to Washington: National Guard approaches –...