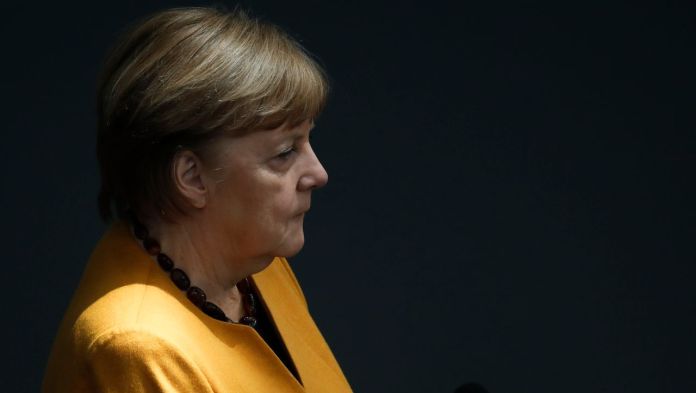 Do you remember, Jens Spahn, a good year ago? “We’ll probably have to forgive each other a lot in a few months.” Now the Chancellor has taken the words of her health minister to heart in a remarkable way. She asked the citizens for forgiveness for their botched plan of an “Easter rest”, which rather led to Easter riots. With a clarity that one rarely experiences with Angela Merkel, she takes on all of the responsibility, even though 16 prime ministers supported the decision.
It is the right step and Merkel deserves respect for it, no question about it.

It is true, however, that the Chancellor has so far not asked forgiveness for the dawdling in obtaining vaccines, for failing to establish an efficient test strategy, for hesitancy and hesitation in the fight against the virus. Against this background, their public mea culpa appears strangely oversized because of a mini-shutdown that has not been thought through to the end, the effect of which can be doubted.

Merkel’s admission exposes the entire helplessness of the crisis management of the federal and state governments. The pandemic has already had the country under control for a year, but every few weeks the federal government and states deliver an hour-long, unworthy spectacle, a haggle between lockdown and relaxation.
This time Merkel did not want to be told that she had to bow to the country chiefs. She successfully prevented Easter holidays in Germany and exception rules for family get-togethers. But at what price? In the middle of the night in the Chancellery, an idea was born out of nowhere as a central measure against the third wave, which caused maximum uncertainty.
What is it supposed to do, how is it supposed to work? No one had an answer to the obvious questions, which, given the scope of the decision, was astonishing to say the least. Now the half-baked plan has been cashed in, officially only because the German legislative bureaucracy is preventing it from being implemented quickly. The criticism that Merkel met from within her own ranks after the federal-state summit may also have contributed to the turnaround.

Merkel’s power has been crumbling for a long time, and in an attempt to rebel against unruly country mothers and fathers for the last time, it has crashed – but at least it failed. The damage is probably irreparable: Confidence in crisis management is dwindling at a breathtaking pace, and with it the Chancellor’s authority. It becomes the final lame duck.

Merkel bravely endures this in the last few months of her term in office, and there is reason to suspect that the former CDU chairwoman wants to do one last service of her party in the super election year. The Union is in free fall, not only, but also because of the government’s corona policy. The fact that the Chancellor is now demonstratively humiliating herself and “solely” taking responsibility for mistakes in this policy is also an attempt to absolve the rest of the Union from guilt.

Can it work? The CDU and CSU probably have too many problems that have nothing to do with Angela Merkel. After all, the Chancellor gives her would-be Chancellor successor the opportunity to step out of her shadow. For Armin Laschet, this is both an opportunity and a burden. “We can’t go on like this,” said the CDU chief after the recent federal-state strangulation. Laschet now has to show how to do it better.

FC Augsburg versus VfB Stuttgart: That’s why Nicolas Gonzalez is the...