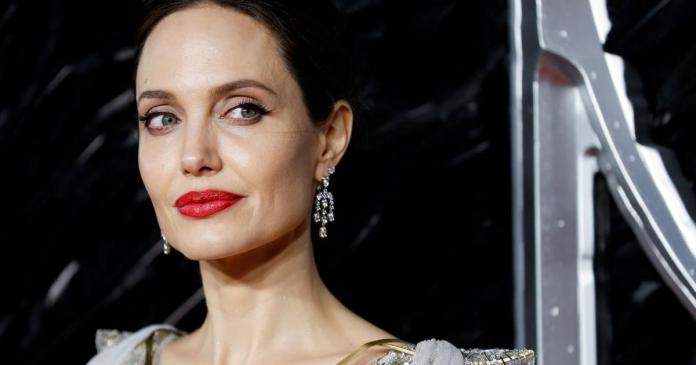 After the separation, the children stayed with their mother. Pitt, who had thereafter sought treatment for his alcohol problems, was granted only one visit.

At least in terms of dating, the actor seems to have better cards than his ex: Since it was over with Jolie, Pitt has been repeatedly accused of fleeting romances – even a love comeback with his first wife Jennifer Aniston was ascribed to the father of six. Most recently it was assumed that the 57-year-old was dating a German model named Nicole Poturalski. The rumors were never confirmed, however – Pitt and Potularski are said to have ended their alleged liaison long ago anyway.

For his ex-wife, the headlines about Pitt’s alleged love affairs are said to be hard to bear. “She was tired of seeing Brad become happy where it is difficult for her to find someone,” says an insider.

But not only her scratched image should make Jolie’s search for a new partner more difficult. “Her lifestyle and her global humanitarian responsibility make it difficult for her to maintain a relationship. But her personality is also doing her no favors,” the anonymous source continued to blaspheme.

Angelina Jolie herself only recently spoke to the Vogue regarding her divorce from Brad Pitt tells of having had “pretty tough years”. At the same time, Jolie emphasized that she was looking forward to the future. “I focused on healing our family,” said the actress.

The roots of the world’s religions are drying up

Will he be Red Bull’s next Max Verstappen?

Christina Ricci: She obtains an injunction against her husband