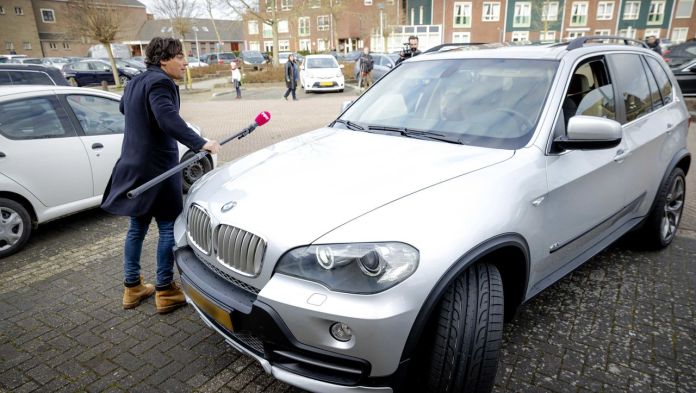 Church service attendees violently attacked journalists in two locations in the Netherlands. The Orthodox Protestant churches in Urk and Krimpen aan den IJssel opened their doors to hundreds of visitors on Sunday morning despite the strict corona rules and public criticism. Church services took place without observing protective measures. Journalists covering this were attacked in front of the churches.
According to eyewitnesses, a 43-year-old man kicked and hit a TV reporter in Krimpen aan den IJssel near Rotterdam. The man was taken from the service a little later and arrested, the police said. In Urk, northeast Amsterdam, a man intentionally drove a car into a TV cameraman. Church visitors had previously kicked reporters there, as can be seen on TV images. The journalists are said to have been slightly injured.

Religious gatherings are not prohibited in the Netherlands

Prime Minister Mark Rutte had previously criticized the churches as irresponsible for allowing hundreds of people to worship despite the lockdown. Religious communities cannot be prohibited from gathering under the constitution. So far, however, most communities have adhered to the rules and allowed a maximum of 30 visitors to church services.

Tactic analysis: Werder Bremen is making this progress in Mainz!

Frankfurt am Main: Middle lane blocked on A 5 between Westkreuz...

RTL: Peter Kloeppel – goofs in the show! THAT is... The German Historical Museum and its online offer