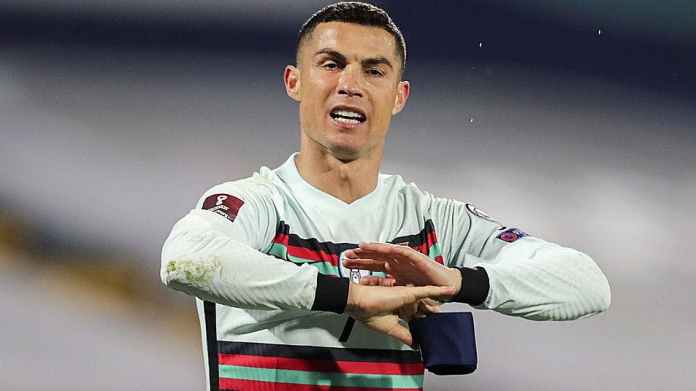 European champions Portugal gambled away a 2-0 lead in Belgrade and thus the possible win against Serbia. But actually Cristiano Ronaldo would have given his team three points – if the referees had not made a gross blunder.

Although Diogo Jota from Liverpool gave the guests the lead with a double header (11th / 36th minute), the home team was able to strike back in the second half. Aleksandar Mitrovic (46th) and Filip Kostic (60th) were able to equalize for the attacking Serbs. But when everyone was expecting a draw, the big drama broke out: the referee refused to acknowledge a regular hit by Ronaldo in the hectic final seconds.

The referees mistakenly assumed that the ball was not behind the goal line. The TV pictures show: A clear wrong decision. The team could not fall back on technical aids in the tight decision. There is no VAR in qualification.

CR7 was furious after the misjudgment. First he complained heavily to the referee, who showed the alleged match winner the yellow card. Too much for the 36-year-old: he threw the captain’s armband on the lawn and angrily stomped off the pitch before the final whistle.

But that was by no means meant symbolically. Because being the captain of the Portuguese team is the greatest pride and privilege of his life, said Ronaldo on Instagram. «I always give everything and I will always give everything for my country, that will never change. But there are difficult times, especially when we feel that an entire nation has been injured, ”wrote Ronaldo on Sunday night. «Cheer up, let’s face the next challenge! Hopp Portugal! “

Insurance industry in the 3rd quarter of 2020: slight recovery in...

Mayr-Melnhof is investing over 100 million euros in Frohnleiten

Whirl around performance at Oliver Pocher: Andreas Gabalier is pissed off...