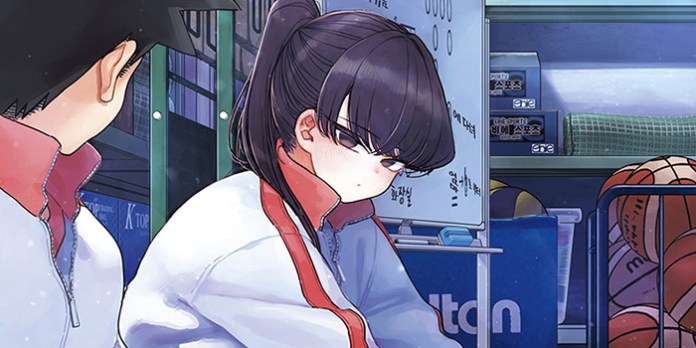 As an annual tradition, AnimeJapan, the world’s largest anime fair, once again held its “Manga that should receive an anime” voting this year. The results were unveiled today during a presentation at the online event.

A total of 250,000 anime and manga fans took part in the large survey. Thus the number of participants increased by 50,000 compared to last year. However, it remains to be seen whether the winners will actually receive an anime at some point.

What do you think of the taste of the Japanese fans? Which manga series would you like to see animated? Let us know in the comments!

The manga adaptation of the light novel »The Apothecary Diaries« by Natsu Hyuuga has been published by Minoji Kurata at Square Enix since May 2017. There is no German release yet. 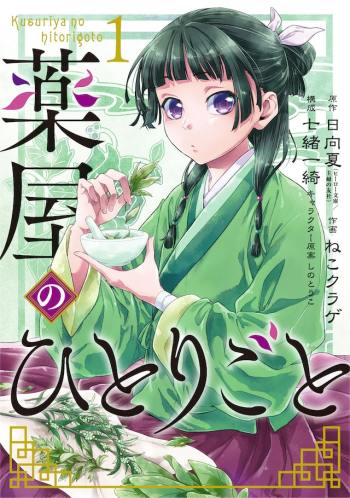 At an imperial court in ancient China, it has been a few months since a 17-year-old girl known as Maomao was kidnapped and forced to work as a minor servant in the emperor’s palace. There, too, she manages to maintain her curious and pragmatic spirit.

One day she gets wind of the fact that the emperor’s two children are seriously ill. She decides to help them in secret, drawing on her experience as a pharmacist in the poor red light district where she grew up.

The manga series »Loving Yamada at LV999!« von Mashiro has been published in “Ganma!” magazine since March 2019. ComicSmart has so far brought three volumes to the Japanese market. 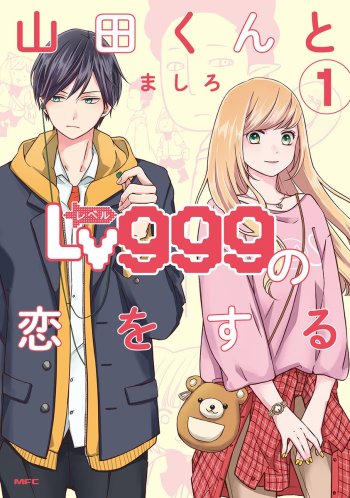 Akane got dumped by her boyfriend after cheating on her in an online game. To relieve stress, she logs into a game she used to enjoy playing, and there she meets Yamada, whom she wants to pour out her heart to. However, he is not interested in it.

The manga series “Komi Can’t Communicate” was penned by Tomohito Oda and has been published since May 2016 in the “Shounen Sunday” magazine. The Japanese publisher Shogakukan has published 20 volumes so far. In this country the work is published by TOKYOPOP. 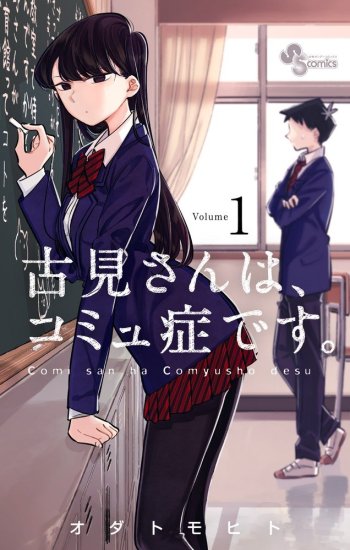 Komi is the absolute star of her school: so beautiful and cool that everyone admires her from afar. But her new classmate Tadano finds out that appearances are hugely deceptive. Because in truth, Komi is so afraid of other people that she can’t get a sound out of it. With Tadano’s help, she tries to overcome her fears and fulfill her dream of making 100 friends. But there is a problem that the two of them have no idea about: the school is full of eccentric characters …

The manga series “From now on sister!” by Nekotoufu has been released in Japan since June 2017. A German-language release will take place at Manga JAM Session. 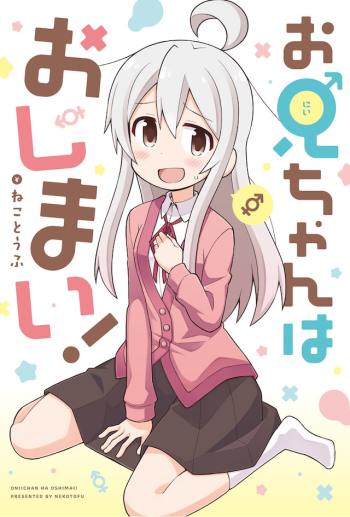 The protagonist, Mahiro, is a sublime house guard (a withdrawn NEET) who loves games. One day he suddenly turned into a girl. Apparently his little sister gave him a strange potion that transformed him. Since then he has gradually started to reintegrate into society. But because of its secret, he often gets into one or the other crisis. Can he ultimately get his male body back?

»SPY x FAMILY« started in March 2019 and was penned by Tatsuya Endou. The series has so far comprised six volumes and appears in this country at KAZÉ Manga. 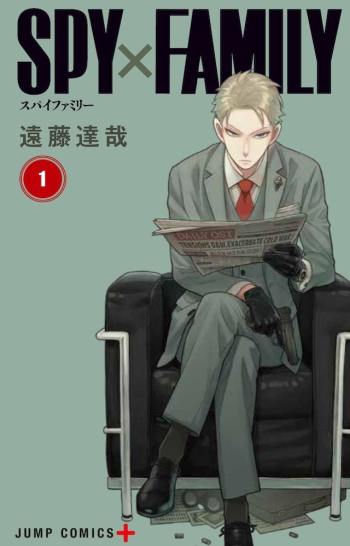 His name is Forger. Loid Forger. Code name: Twilight. The assignment: »Find a family as a disguise. Infiltrate the famous Eden Academy. Prevent the threatening war between East and West! «What he doesn’t suspect: His adopted daughter can read minds and his newly married wife is a hit man … ?! Uff, organizing this family is a different house number than counter-terrorism and atomic bomb disposal!

The manga adaptation of Inoris Light Novel »I’m in Love with the Villainess« is drawn by Shimo Aono and started in June 2020 in the “Comic Yuri Hime” magazine. The publishing house Ichijinsha has so far put one volume on the market. 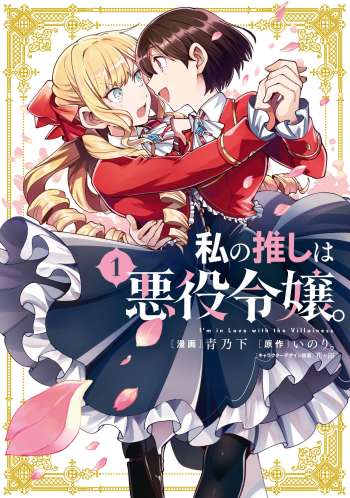 The ordinary office worker Oohashi Rei wakes up in the body of the protagonist of her favorite otome game “Revolution”. To her delight, the first person she meets is also her favorite character, Claire Francois – the main antagonist of the story!

Now Rei is determined to conquer Claire instead of the male lead in the game. But how will your villainous lover react to this new courtship ?!

The manga series »A Man and His Cat« by Umi Sakurai has been published in Shounen Gangan magazine since February 2018. The publisher Square Enix has so far brought seven volumes to the Japanese market. 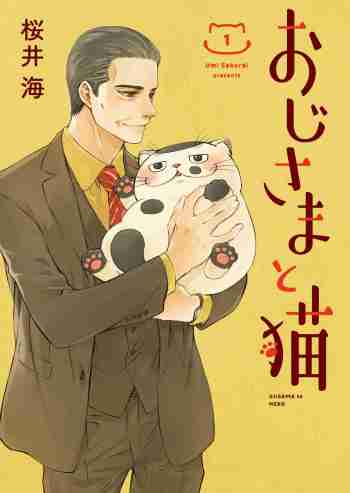 In this soothing, heartwarming story, a lonely elderly man takes home a kitten from the pet store that no one else wants. It doesn’t take long for the two to befriend each other, and soon they are inseparable. Told from the point of view of the man and his cat, this sweet and funny story is balm for the soul!

The manga series »Senpai wa Otokonoko « has been published by doujin artist Pom since December 2019. A German release has not yet been announced. 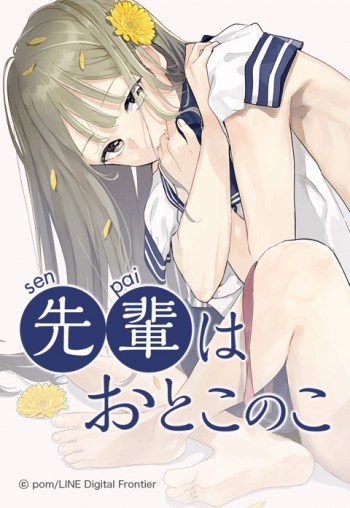 One day Makoto Hanaoka, who loves cute things and likes to dress like a girl, is approached by Aoi, a younger girl. This mistakenly thinks that Makoto is a girl and makes him a confession of love.

But even when Makoto explains to her that he is actually a boy, Aoi is by no means deterred, but delighted that she can enjoy her Senpai as a husband and wife. Now, more than ever, she is determined to become Makoto’s first love.

»Solo Leveling« was penned by Chugong and started in July 2016 on the online platform “KakaoPage” as a web novel. The Webtoon adaptation of the same name with illustrations by Jang Sung-rak has also been published there since March 2018. Altraverse publishes the work in German. 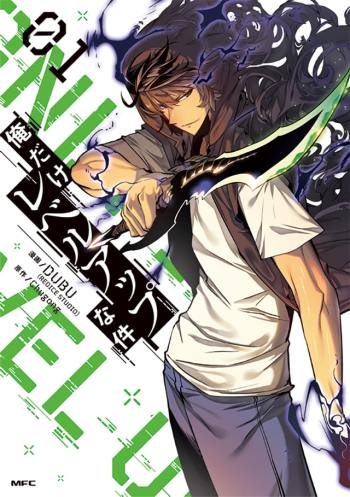 Ever since portals connected the real world with dungeons full of monsters, people with special skills have awakened to hunt these monsters and earn their money. Jin-Woo Sung is one of these hunters, but is only called “the weakest” by his colleagues. But in a dungeon he unexpectedly receives a quest that enables him to increase his level. Can he really fight his way up and become the strongest of all hunters?

Platz 1: »The Dangers in My Heart« (Boku no Kokoro no Yabai Yatsu)

The manga series »The Dangers in My Heart« by Norio Sakurai has been published in Japan since March 2018. The Japanese publisher Akita Shoten has so far put four volumes on the market. 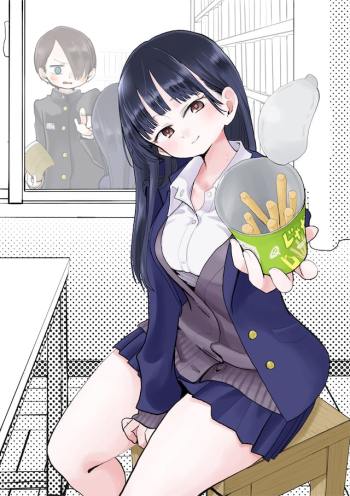 A “terrifying psychological thriller” that focuses on “the dark side of adolescence”. The manga is about Kyoutarou Ichikawa, one of the worst students in his school, who hides murderous impulses that lurk deep inside his soul.

Study shows where the viruses are particularly common

Apple is pulling the plug on iMac Pro – for now

Berlin & Brandenburg: 1000th employment contract for a model project on...

Call of Duty: WW2 Vanguard: World War II is back this...

Dusseldorf virologist about mutation in Germany