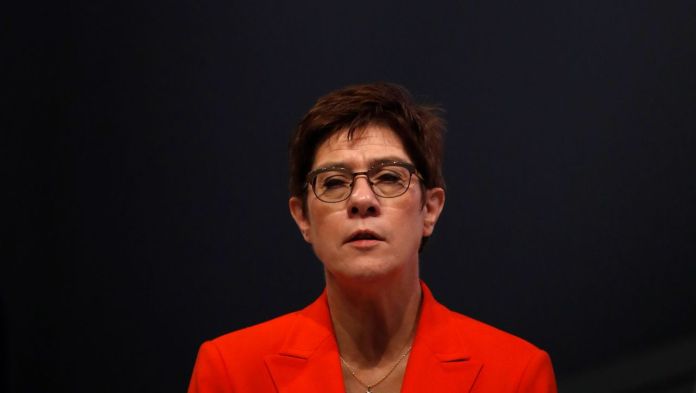 Defense Minister Annegret Kramp-Karrenbauer has the behavior of the commander of the KSK elite association, Markus Kreitmayr, examined by discipline. Because of the suspicion of violation of official duties, the CDU politician initiated preliminary investigations against the brigadier general, as her ministry announced. The abbreviation KSK stands for special forces command.
The occasion is a controversial collection campaign: the brigadier general had asked soldiers to return hoarded and stolen ammunition. In return, he assured them of impunity. Kramp-Karrenbauer commissioned the military disciplinary attorney of the medical service with the preliminary investigations. Kreitmayr stay at his post, it was said.

“Like every soldier, Brigadier General Kreitmayr deserves a fair and transparent procedure that also takes into account his motives and backgrounds,” said Kramp-Karrenbauer. It is clear to her that “the culture of systematic disregard for rules when dealing with ammunition” also raises questions for Kreitmayr’s predecessor and the supervisory authority.

Kreitmayr is supposed to reform the KSK. It is under surveillance for right-wing extremist incidents among the soldiers. One company has therefore already been disbanded. Kramp-Karrenbauer and General Inspector Eberhard Zorn, Germany’s highest-ranking soldier, will visit the KSK in Calw on Monday. The publication of a report on the implementation of the measures against right-wing extremist tendencies at the KSK is scheduled for Tuesday.

“The Special Forces Command is a highly specialized unit that has proven itself in heavy-duty operations,” said Kramp-Karrenbauer. However, it must “continue to prove in the next few weeks and months that it is capable of a fundamental change in its internal culture.”

Christmas: These are the stories behind the hits

Crazy round of 16: What madness in Turin! Porto throws...

Antibody agents against Covid-19: who gets Spahn’s Covid prophylaxis?