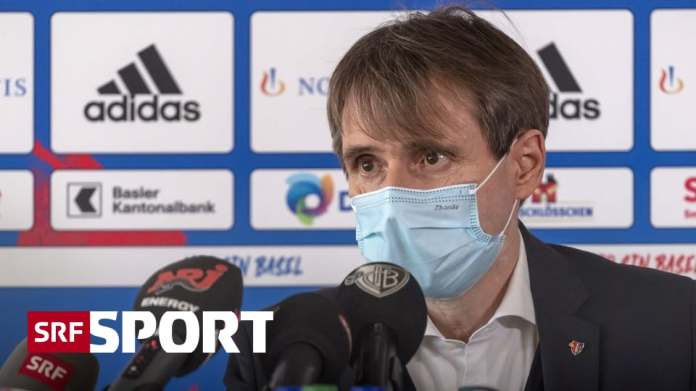 FC Basel survived the Corona year 2020 without any financial loss.


FC Basel presented the financial results for the 2020 financial year at a media conference on Friday. According to the Chairman of the Board of Directors, Bernhard Burgener, the AG’s annual financial statements show a profit of CHF 48,800. This after a loss of 18.7 million francs had resulted in the previous year. According to Burgener, this was fully covered by the holding company.

Although the audience and sponsorship income for 2020 suffered a significant loss of a good 12 million francs, the result was a black zero. According to Burgener, the main reasons for this were transfer income of around 36 million and the reduction in personnel costs from 48 to around 34 million francs. In addition to national goalkeeper Jonas Omlin, the Basel team also sold Noah Okafor, Omar Alderete, Kemal Ademi and Blas Riveros, among others.

FCB is in very good shape.

“I can assure you that FCB is in very good shape,” said Burgener. Since he took over the club in 2017, the costs have halved, the equity ratio is almost 50 percent. “In terms of sport, the year is of course not going well, especially the second half of the season we imagined differently.” In the Super League, Basel is only fourth. In the Cup, FCB lost 6-2 to the lower class Winterthur.

Soon information on the future of FCB

Burgener kept a low profile on the rumors that had been smoldering in the media for weeks about a possible entry into or the takeover of the club by the British company Centricus or David Degen. He keeps confidentiality, but there will be information soon. He is open as long as he is still in control, said Burgener. If he will give up his shares, it will be in Basel hands.

The future of FCB – not least from a financial point of view – remains challenging. “Every football game that we play without a spectator costs us money,” said 64-year-old Burgener. This is one of the reasons why the FCB applied to the federal government for interest-free loans and A-Fonds-Perdu contributions totaling 16 million francs for 2021.

In the footsteps of the great father: “M. Schumacher” returns convincingly

15 km skating with a single start – Cologna and the...

Corona situation in Germany: “We are at the beginning of the...

US actor David Lander is dead