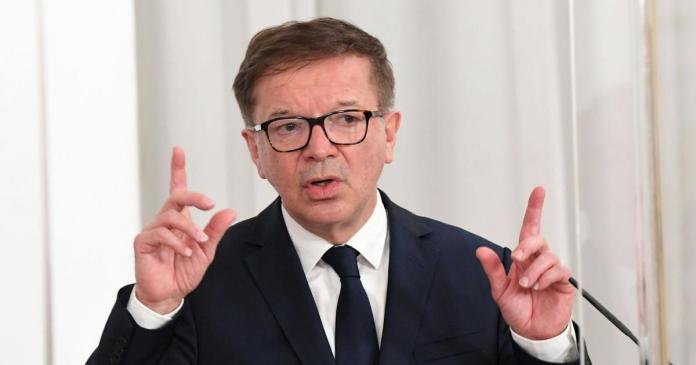 According to the Ministry of Health, Austria is significantly increasing the vaccination speed. Currently, an average of 33,446 vaccinations are carried out daily, 1.1 million people have received at least one vaccination dose.

The speed of vaccination should increase rapidly

Health Minister Rudolf Anschober (Greens) promises that these numbers will rise much faster in the coming weeks. There are two reasons for this:

Age groups: when is who’s turn?

In addition, the ministry promises more certainty in another point: When which age group comes next.

So far, 1.7 million vaccination doses have been delivered to Austria and have already been vaccinated or prepared for vaccination campaigns in the next few days, it is said.

By far the greatest number of deliveries were made by BioNTech / Pfizer (1.1 million vaccine doses). Another 408,000 vaccine doses came from Astra Zeneca and 196,000 from Moderna.

Carinthia vaccinates faster than in the forecasts

At least Carinthia confirmed that the vaccination rate is already increasing.

In the southern state, the 100,000 is on Saturday. Vaccination sting has been administered. This is ahead of the vaccination plan, which has planned 40,000 individual vaccinations by the twelfth calendar week: “We were able to immunize significantly more and have exceeded our own forecasts,” said health officer Beate Prettner (SPÖ) at an online press conference. With these figures, Carinthia is “at the top of the field” throughout Austria, stressed Prettner.

In the homes, 80 percent of the residents are currently vaccinated, 70 percent of the staff have been immunized so far. According to Prettner, this area should be completed in 14 days.

Farmer Thomas and his Bianca are planning to do this now

Horror in NBA and sports after storming the Capitol

Thiem and Becker complain about equal opportunities in Melbourne

After failure of the district heating: disaster in Jena ended

The leader of the right-wing “Proud Boys” leaves Washington