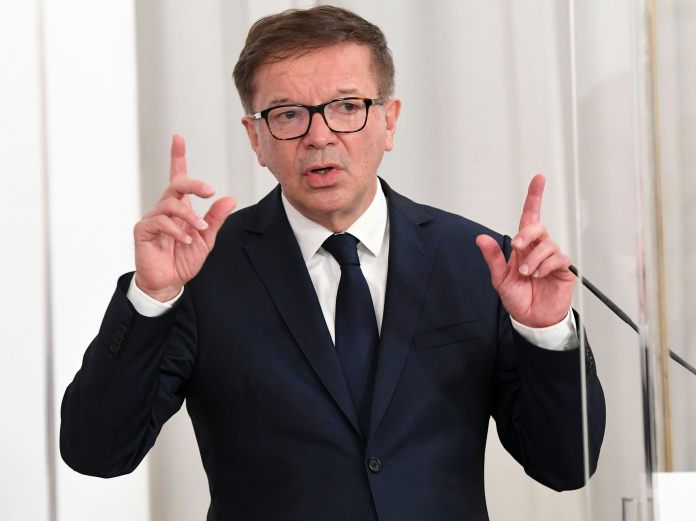 
Anschober with an appeal to the population.
© WHAT / HELMUT FOHRINGER

In view of the sharp increase in corona patients in intensive care units, Health Minister Rudolf Anschober (Greens) is calling on the population to take an “Easter rest”. “Let’s start now with an Easter break so that we can turn the trend in the number of infections”, appealed Anschober in a broadcast on Saturday. SPÖ leader Pamela Rendi-Wagner does not go far enough: she calls for rapid nationwide measures and criticizes the government’s “discouraged waiting”.

504 corona patients were treated in intensive care units on Saturday, 41 more than on Friday. Vienna again reached a new high with 187 intensive care patients. “This crisis does not require discouraged waiting, but determination and action,” demanded party leader Rendi-Wagner on Saturday via Twitter: “You cannot wait to see whether it really turns out as bad as predicted.” It takes at least two weeks of nationwide measures to curb the dynamic of the infection, added her spokeswoman to the APA.

However, the federal and state governments have recently only agreed on a six-day “Easter lockdown” in Vienna, Lower Austria and Burgenland – and that too from next Thursday. In view of the situation in the intensive care units, Health Minister Anschober urged the population not to wait for it, but to take voluntary measures immediately. Anschober called for reducing contacts and avoiding travel over Easter. “Now we all have to become part of the solution,” said Anschober: “Let’s act now to protect the hospitals and the health of all of us.”

Tyrol’s governor Günther Platter (ÖVP) also appealed to the population on Saturday to be careful over Easter. But he speaks out for his state against a lockdown. “Locking everything up again is not the right message,” said Platter to ORF-Tirol. Also because the capacities in the hospitals are still sufficient, patients from South Tyrol and Carinthia are also cared for here. However, he is also not aiming to open up gastronomy and wants to rely on regional measures such as exit tests.

Ludwig does not rule out tightening and extension

In Vienna, on the other hand, there could be stricter measures even after Easter. Vienna’s mayor Michael Ludwig (SPÖ) does not rule out an extension and tightening of the six-day “Easter lockdown”. If the measures are not sufficient, “then not only an extension will be necessary, but measures that go beyond what already exists,” says Ludwig in an interview with ATV, which will be broadcast on Saturday evening. He thinks a second week of distance learning is “not unrealistic”.

Norway this year with more than 50 percent electric car quota

Tyrol is testing: The Tyrolean population can be tested between December...

Allianz: Growing risk of lawsuits for managers due to Corona |...

Quarantine will be mandatory for travelers from Saturday