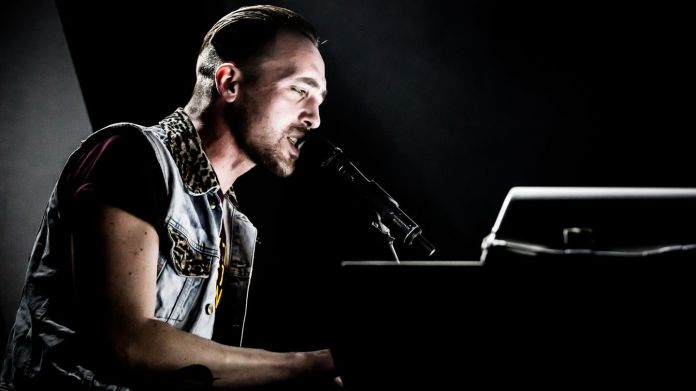 The antelope gang and their singer Danger Dan are known for their clear demeanor. With his new song he attacks Alexander Gauland, among others – legally impeccable.

Again and again the musicians from Düsseldorf put their fingers in the social wound, address grievances and provide food for thought. In “Sand in die Augen”, Danger Dan raps about misogyny in hip hop and criticizes the unequal treatment of the sexes. “Little bad guy” is meanwhile a settlement with comedian Oliver Pocher, who shoots at influencers on Instagram.

“This is all covered by artistic freedom” celebrated its premiere on YouTube on Thursday. In the accompanying video, Danger Dan is sitting at a grand piano in an empty theater, a machine gun in his hand. And then the 38-year-old starts: “So now, quite speculatively. Suppose I write a song whose content I praise that I personally think Jürgen Elsässer is an anti-Semite,” he sings about the journalist Elsässer, who obtained an injunction against the publicist Jutta Ditfurth in 2014 after she had called him exactly that.

Danger Dan refers in his song to freedom as a musician. “Legally, the gray area would have been reached. But in court I made it easy for myself again. Report me and I open a champagne. It’s all covered by artistic freedom,” says the refrain. He also sings about AfD politician Alexander Gauland and calls out:

And suppose the text culminated in a call to free the world from the fascists. And pounding them back into their holes again and again instead of sprinkling roses on their way

A targeted stab is followed by a reference to artistic freedom, so Danger Dan believes he is avoiding any risk. The finale was really brilliant: “No, I wouldn’t really be Danger Dan if I didn’t feel like doing an experiment. To explore the limits of what is allowed and what is forbidden,” he sings. Probably the most important message of the song: “Fascists never cease to be fascists. You don’t argue with them, history has shown.”

Music can just be great and touch the listener, there’s nothing wrong with that. But if it also conveys an attitude, a work can become a masterpiece. Danger Dan and the antelope gang know how to do it.

Konny and Manu really miss THAT about Germany

Frankfurt can plan with operations from Rode and Hinteregger