The first pictures of the iPhone 13 have appeared on the Internet. One detail suggests that Apple will finally listen to its users in 2021 and completely redesign the display.

Cupertino – It is still relatively unclear what the next iPhone generation will really be called, let alone what it will look like. Now a first photo has appeared that reveals a lot: Apple will probably give its smartphones a completely redesigned notch in 2021, regardless of whether it is called the iPhone 13 or iPhone 12s.

The notch is called the notch on the top of the front of a frameless smartphone. It comprises various important modules, including Face ID face recognition for the iPhone and the iSight selfie camera. The complex technology currently takes up a lot of screen space. It has long been known that Apple is working on a smaller notch. The images that emerged now show that it will actually come in 2021.

First photo of the next iPhone generation: Apple will finally listen to its fans in 2021

The portal MacRumors has from the Greek repair service provider iRepair get a number of images leaked. They show the panel that is to be installed on the front of the iPhone 13 in three different sizes: 5.4 inches, 6.1 inches and 6.7 inches – as with the iPhone 12. The design also borrows strongly from its predecessor, however, the notch in these pictures is much smaller than anything you’ve seen at Apple so far.

There have been no changes to the notch since Apple launched its iPhone X in 2017, although many iPhone users have wanted its size reduced for years. The pictures make the Apple community cheer and prove what the most famous Apple analyst Ming-Chi Kuo has predicted: a leaner Face ID component for future iPhone models.

Next iPhone generation: The photo that appears confirms the rumors about smaller notch

The images that emerged suggest that the earpiece, which is located in the middle of the notch on the iPhone 12 and therefore takes up a lot of space, slides right at the top of the edge of the new iPhone. In addition to the smaller notch, there has been a lot of speculation about new hardware for the 2021 iPhone in recent weeks: Analysts predict an A15 Bionic chip, improved cameras and a 120Hz display for the Pro models.

The rest of the design of the iPhone 13 – whatever it will actually be called when it is launched in September – is unlikely to change much. In view of Apple’s angular trend, it will probably be based on the iPhone 12 – after all, the Macbook Pro expected in the fourth quarter should also be adapted to the new angular design of iPhone and iPad. Leading Apple analysts have been reporting this independently for months.

Berlin’s clinics are working hard at the limit

Mass tests: More than half want to take part – Coronavirus... 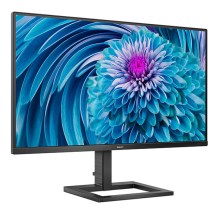 Coronavirus in Stuttgart: A vaccination center comes to the Liederhalle –...